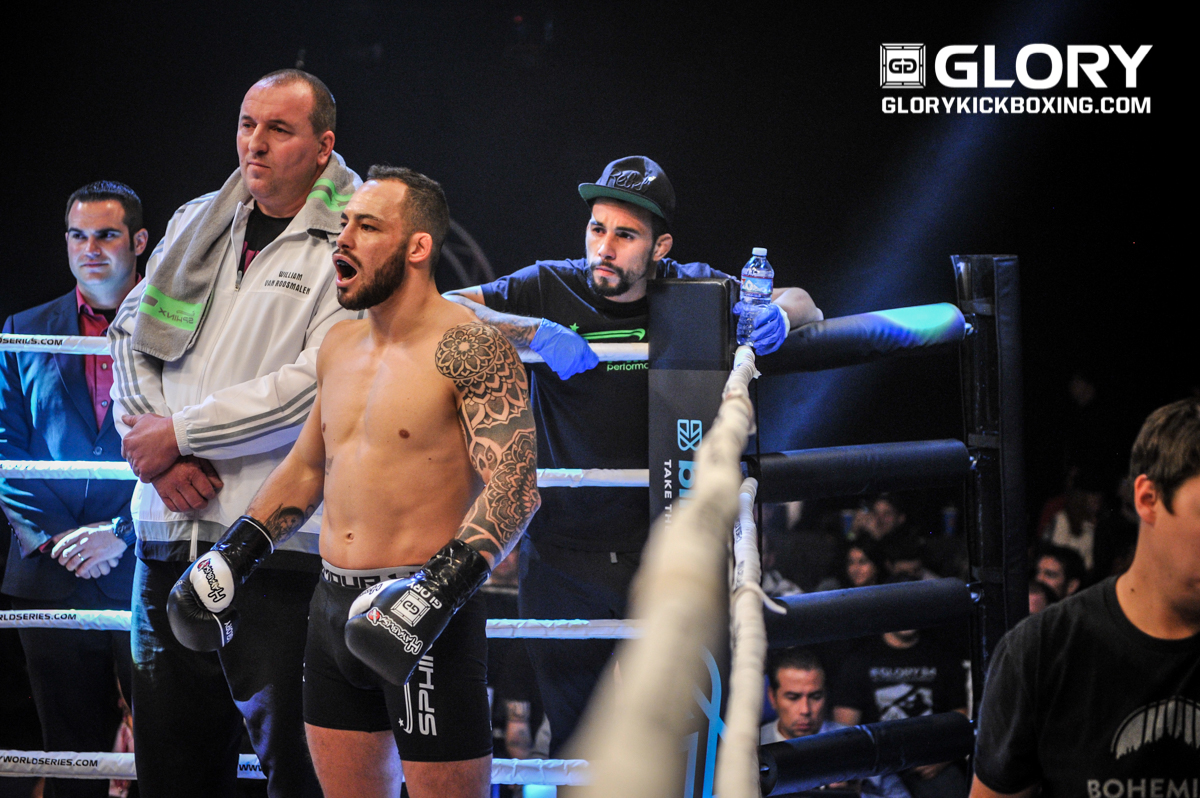 The headlining bout for GLORY’s return to Los Angeles has been revealed.

Newly-crowned featherweight champion Robin van Roosmalen will put his belt on the line against Canadian Matt Embree in the night’s main event.

The Dutchman van Roosmalen became the first fighter in promotional history to hold titles in two different weight classes. The 27-year-old relinquished his lightweight belt to Thailand’s Sittichai Sitsongpeenong at GLORY 31 in June, but quickly righted the ship with a dominant, fourth-round TKO over Canadian Gabriel Varga.

Embree, meanwhile, put the division on notice at GLORY 33 in September. The 27-year-old, who hails from Toronto, knocked out both Giga Chikadze and Chi Bin Lim to capture the one-night, four-man featherweight contender tournament.

GLORY 37 will takes place from The Novo at L.A. Live in downtown Los Angeles on Friday, Jan. 20. The event is also expected to feature a one-night, four-man welterweight contender tournament. Additional bouts for the event, as well as the lineup for the SuperFight Series, are expected to be announced in the near future.