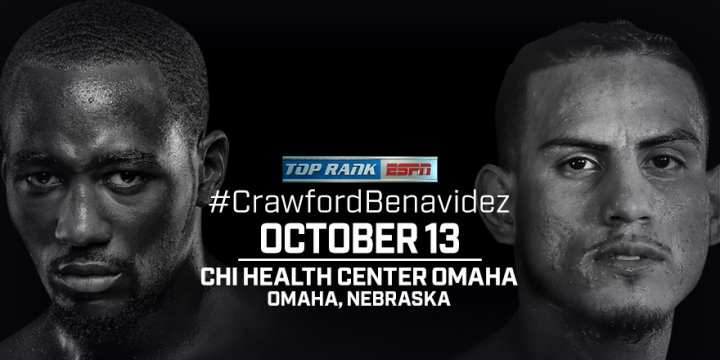 On Saturday, Oct. 13, Top Rank traveled to the CHI Health Center in Omaha, Neb., for Crawford vs. Benavidez Jr.

In the evening’s main event, undefeated three-division boxing world champion Terence Crawford looked to remain unblemished when he defended his WBO world welterweight title against undefeated prospect Jose Benavidez Jr., who had won all 27 of his professional bouts. Crawford enters the bout currently ranked as the No. 1 pound-for-pound fighter in the world.