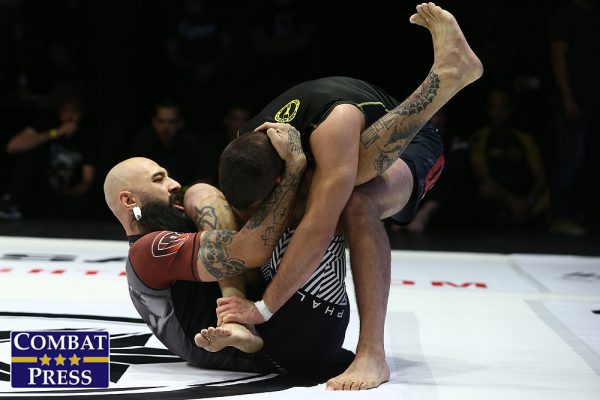 The world is changing. This is especially the case in the fight world. MMA is edging toward the ranks of WWE-style entertainment, and the rankings essentially amount to nothing. Meanwhile, kickboxing organizations like GLORY and Lion Fight are gaining global steam. There’s also the explosion of jiu-jitsu promotions. The tide is certainly shifting.

The International Brazilian Jiu-Jitsu Federation has always been the best system for judging talent across all levels. The organization puts on the Pan-American Championships, both the No-Gi and Gi World Championships, and several other main events. It is definitely the standard for accomplishing credentials, but competitors do not get paid. However, in recent years, organizations like Eddie Bravo Invitational, Polaris and Fight to Win have found ways to put on exciting jiu-jitsu events while actually paying their combatants.

The new kid on the block is KASAI Pro Grappling Championships. Formed out of New York with a combination of BJJ and MMA greats, KASAI Pro kicked off its inaugural event in November with an eight-man, round-robin, no-gi tournament for 155-pound grapplers that resulted in a title belt for Renato Canuto. It also provided a little coin for the competitors. On April 14, the promotion will host its second installment. This time, the focus is on the middleweights.

Martinez previously fell into the same trap as a lot of accomplished grapplers. There was never really a way to get paid, so he tried his hand at MMA starting in 2013. The professional-breakdancer-turned-BJJ-black-belt went undefeated through his amateur and first three pro fights, winning all by submission, but then, as with many specialists, opponents started to figure him out. After suffering through two knockouts in a row, he started to question his own motives.

“I was doing the whole MMA thing, and my last two fights didn’t go the way I wanted,” Martinez admitted. “All this time, I was trying to find a new avenue for my jiu-jitsu, but they didn’t go to the ground. They tried everything to not go to the ground. It ended up being that I wasn’t doing jiu-jitsu anymore. It was hard to do jiu-jitsu, because nobody was letting me do it — obviously, it’s my strong suit — so my last two fights ended up just being striking fights. That’s when I decided to not focus anymore on MMA. I decided to put all of my marbles in jiu-jitsu, and it’s been going great for me.”

A black belt under Eddie Bravo since January 2015, Martinez also serves as one of the head coaches at 10th Planet Jiu-Jitsu Freak Show in San Diego. He has dedicated his life to jiu-jitsu, and competing is the best way for a grappler to truly sharpen his skills. Previously, there was no monetary reward involved in competition. Times have changed, though.

“Before, there was no money in jiu-jitsu,” Martinez said. “The competitions weren’t as a big; it was a little bit smaller. Nowadays, jiu-jitsu is doing really well. It’s paying out athletes, we’re starting to get better sponsorships, and there’s a lot more benefits to being a jiu-jitsu fighter. I’m super excited about that, and it only makes me hungrier to be in this tournament.”

When KASAI Pro 1 was announced last year, there was immediately a ton of buzz. With an incredibly stacked card, it drew a lot of attention, and competitors were ready to sign up.

“Everybody who is anybody in jiu-jitsu was watching the first tournament,” said Martinez. “The tournament that they had was just incredible, and, for me, I was like, ‘I want to be in that tournament.’ Once I found out they had a [185-pound] division, I had to throw my name in the hat, and, thankfully, they picked me up. I’m happy to be in there with some of the best in the world.”

“The Boogeyman” is no stranger to high-level tournaments. He has already competed in EBI and Fight to Win, as well as IBJJF and other organizations.

“You have the [Absolute Championship Berkut] tournament out there in Russia. You have the EBI tournament, with a potential for the winner to get $20,000,” explained the black belt. “You have these tournaments that are doing a lot of good stuff. All these tournaments have their own little rules. A lot of these guys complain about, ‘Well, those aren’t the rules I like,’ and stuff like that, but you just have to adapt. Jiu-jitsu is jiu-jitsu, and it’s always going to have its rules. What I try to do is just have fun with it and do as many events as I can.”

Training for jiu-jitsu is a lot different than training for MMA. It is a single fighting modality with endless intricacies, and there’s a lot of repetitions. However, to avoid getting in a rut, it is important to get a lot of different looks. Martinez does take the opportunity to get out of his own gym and train with the finest that southern California has to offer.

“My brother, Geo Martinez, has always been my main training partner,” said Martinez. “We’ve always had a good connection and we know how to push each other to the next level. It’s the same with Eddie Bravo. He’s always pushing me forward and stuff like that. I have an amazing core group of guys that I train with here at 10th Planet Freak Show.

“I also do a lot of cross-training out here in San Diego. I train at Alliance BJJ, and I train at 99 Jiu-Jitsu with Eduardo Telles. I recently trained with Xande Ribeiro and his brother [Saulo] out at their gym. I only went there once, but I trained with one of their guys [Nick ‘Moose’ Schrock]. He’s a monster, man. It’s super cool to get to train with a lot of athletes out here in San Diego.

“I’m going all in on this one. I’m literally putting in a whole MMA-style training camp for this. I’m working on specific things for jiu-jitsu. I’m working on my wrestling. My strength and conditioning. I’m really focused on this tournament.”

Between the Abu Dhabi Combat Club Trials and IBJJF No-Gi Worlds near the end of the year, plus a defense of his 170-pound EBI Combat Jiu-Jitsu title sometime in between now and then, Martinez has a full plate for 2018.

When he’s not training or focusing on his own game, Martinez holds a great deal of responsibility for his students as he guides them through the jiu-jitsu progression.

On April 14, those students will cheer on their coach as he steps foot on the mats at the Greenpoint Terminal Warehouse in Brooklyn, N.Y. They’ll watch along on FloGrappling to see if Martinez can beat the field and claim the crown as the inaugural KASAI Pro middleweight champion.