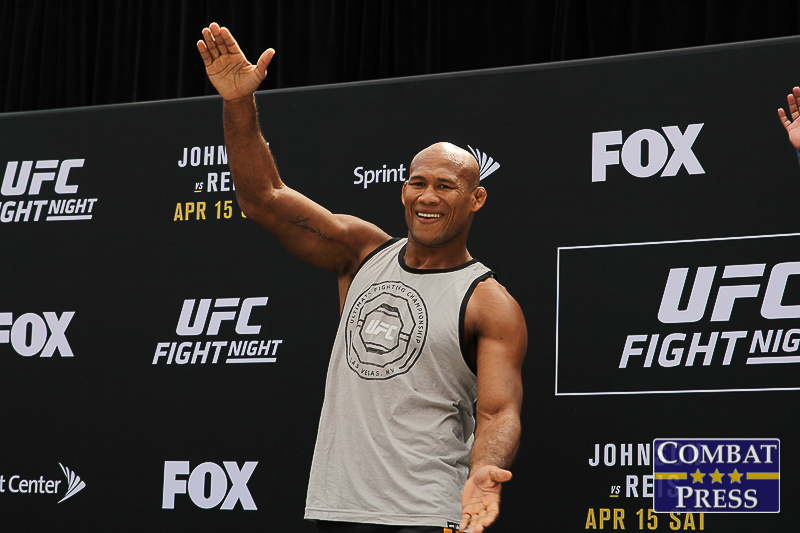 On Saturday, Jan. 27, the UFC hosted UFC on Fox 27: Jacare vs. Brunson 2 from the Spectrum Center in Charlotte, N.C.

In the night’s main event, middleweight contenders Ronaldo “Jacare” Souza and Derek Brunson met for a second time. The pair met previously under the Strikeforce banner, with the Brazilian Souza knocking out Brunson in just 41 seconds. Souza looked to rebound from a second-round TKO loss to current champion Robert Whittaker in his last outing. Brunson, meanwhile, was riding the momentum of back-to-back knockout wins over Lyoto Machida and Dan Kelly.

However, the second outing ended much like the first with Souza cracking Brunson several times after the midpoint of round two, earning another TKO over the rising star.

In the co-main event, Dennis Bermudez felt he did enough to earn the victory, but the Team Alpha Male standout Andre Fili out-pointed him in almost every category to earn a split decision.