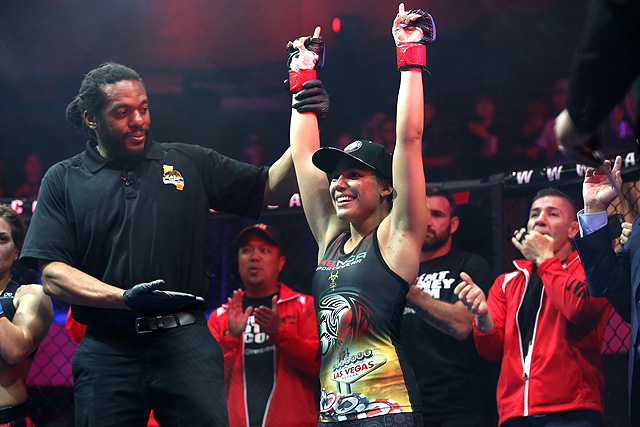 In the night’s main event, atomweights Kyra Batara and Paulina Granados clashed. Both fighters were undefeated inside the promotion. Batara haf won four of her last five bouts, including a second-round armbar finish of Vanessa Rico Fernandez in her last bout. Granados, meanwhile, haf settled for back-to-back decision victories.