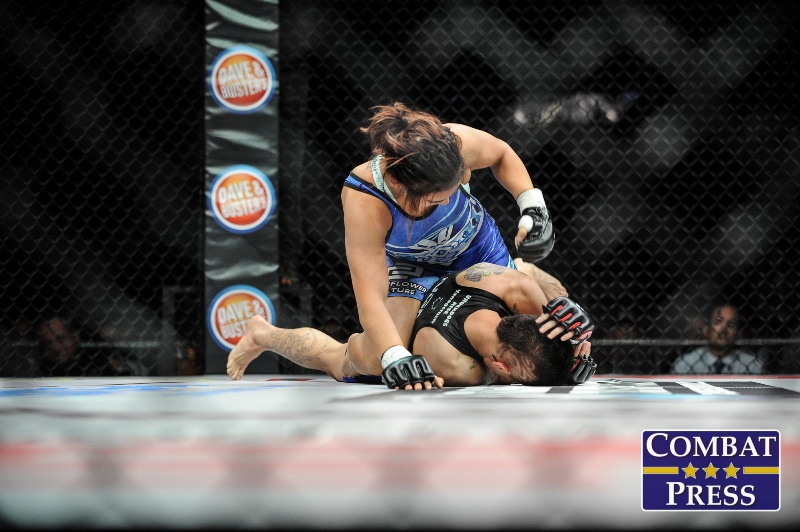 Out of Obscurity: CES MMA 38, Fight Nights Global 51 and Rizin

Classic Entertainment and Sports MMA returns to Mashantucket, Conn., on Friday night with a card full of talent from the Northeast for its 38th show. The main event of the evening is a battle of UFC veterans fighting for their way back to the big show. Former Cage Fury FC featherweight champion Levan Makashvili looks to keep his winning streak intact against former CFA champ Sean Soriano. This fight could determine whether one of these fighters takes a step toward a return to the UFC. Meanwhile, we’ll look at the battle of two of New England’s top prospects, Calvin Kattar and Chris Foster, who fight in the co-headliner.

Kattar successfully returned to the cage after nearly three years away from the sport. “The Boston Finisher” had a tougher than expected return against Bellator veteran Kenny Foster at CES MMA 34 in April. Not every fighter who takes a long break from the sport can return in the fashion of UFC bantamweight champion Dominick Cruz, who quickly dismantled divisional gatekeeper Takeya Mizugaki in under a round. Kattar’s split decision victory was his seventh in a row and 12th win in his past 13 fights. The Massachusetts native put together an impressive run before leaving the sport in 2013. Kattar earned victories over Bellator veterans Saul Almeida and Kevin Roddy, World Series of Fighting vet Rodrigo Almeida, ONE Championship veteran Cody Stevens and former Strikeforce fighter Andrew Montanez. The once highly touted 28-year-old is an excellent striker with a crisp jab and an ability to land the finishing blow. Kattar has finished nine of his 15 wins, with six coming by way of knockout. Kattar is a solid grappler with good ground control and an ability to transition from striking to wrestling and back.

Kattar welcomes fellow featherweight prospect Chris Foster back to CES MMA after Foster last competed with the promotion more than three years ago. “Cassius” has picked up five knockout wins, including a 19-second destruction of Taylor Trahan in November 2014, in his nine career victories. Foster holds victories over Ring of Combat champion David Sachs and Bellator veteran Kevin Roddy. Foster returns to CES MMA after picking up a decision win against Vovka Clay at Bellator 154 in April.

In Foster’s last bout with the promotion, he fell short against UFC veteran Rob Font in the first round. Foster didn’t look out of place in the cage with the UFC-caliber fighter, but he did eventually succumb to a relentless series of strikes against the cage. He dropped a tough decision to the aforementioned Almeida at WSOF 20 in 2015 before returning with a victory in Bellator. Foster has a knack for striking, but he is still green in some areas of the sport.

Foster will need to avoid being put on his back. He will go for a takedown if the opportunity presents itself, but don’t expect him to rush to the mat against Kattar. This battle of two of New England’s best has the appearance of an exciting, back-and-forth fight for the fans in the Foxwoods Casino and Resort and around the world on AXS TV.

Fight Nights returns to UFC Fight Pass with another stellar card featuring some of the promotion’s top fighters and prospects. One of these top fighters is Murad Machaev, who fights Jack McGann at Fight Nights Global 51.

Machaev, a Master of Sport in combat sambo and judo, trains with some of the best at the Krepost Fight Club in Moscow. He spends his days training with the likes of UFC fighter Zubaira Tukhugov, top Russian prospect Oleg Borisov and ONE Championship veteran Yusup Saadulaev. The “Strangler” has won 10 fights in a row since tasting defeat for the only time in his 20-fight career against Marcin Held at Bellator 77 in 2012. The 29-year-old has put together an impressive resume despite not piling on big-name victories. Machaev owns victories over UFC fighter Zubaira Tukhugov, WFC champion Ivica Trušček and KSW tournament champ Niko Puhakka. He was also the only man to defeat ONE Championship veteran Alexey Polpudnikov in his past 11 bouts. Machaev recently picked up his biggest career win against Bellator tournament finalist Alexander Sarnavskiy at Fight Nights 44 in February.

McGann returns to the Fight Nights promotion after picking up a big first-round knockout win against Abdulla Dadaev at Fight Nights Global 50. “The Pilgrim” has impressed in his 12-fight career. The Wolfslair MMA product has picked up nine wins by knockout. The talented striker has finished all 10 of his career wins in the first round. McGann picked up victories over skilled veterans Jack Grant, Aziz Stringer and Kayvan Fallah during his time with one of the United Kingdom’s top promotions, BAMMA. However, McGann also fell short against top European prospects Marc Diakiese and Damien Lapilus during his BAMMA tenure. Despite the early career setbacks, the 23-year-old hopes to continue his success in what is going to be a tough style match-up against the skilled Machaev.

McGann is an excellent striker with supreme accuracy. He throws his jab with authority and follows it up with a beautiful right hand and array of powerful hooks on the inside. If there is one area of the fight that Macheav must avoid, it’s standing at distance against the precise punches and strikes of McGann. Even in his loss against Diakiese, one of the world’s best prospects outside of the UFC, McGann was able to drop him with a knee that put him into desperation mode. McGann couldn’t lock up a guillotine or the rear-naked choke at the end of the round, but the devastating knee strike almost put away the welterweight prospect with one strike.

McGann’s power comes from his accuracy and ability to land strikes with impeccable positioning. Machaev’s path to victory is getting the fight to the ground. He doesn’t always set up his shots with his strikes, which could leave an opportunity for McGann to counter. However this fight plays out, both of these men could land in the UFC sooner rather than later.

Nobuyuki Sakakibara’s return to MMA after nearly a decade away from MMA has brought us his vision of the sport as it moves into the future. This is a global contest featuring representatives from all over the world competing to become the best in their respective divisions. The grand prix tournament has been a tradition in Japan for as long as MMA has been promoted regularly in the country. The Rizin World Grand Prix brings forth many of the world’s top heavyweight prospects and some of Pride Fighting Championship’s former mainstays in an attempt to discover who is the best inside the newly formed Rizin ring. Names like Pride Openweight Grand Prix champion Mirko “Cro Cop” Filipovic and Kazuyuki Fujita join top prospects Karl Albrektsson, Valentin Moldavsky and Jiří Procházka in the tournament bracket. The promotion added multiple-time wrestling world champion Amir Aliakbari and one of sumo’s fastest rising stars, Baruto Kaito, to form what has become a truly global tournament. Yet, we will turn our focus to two of the smallest competitors on the fight card, fast-rising female strawweight prospects Kyra Batara and Kanako Murata.

Combate Americas representative Batara will make her Rizin debut. She is a highly skilled grappler fighting out of 10th Planet Jiu-Jitsu and Green Valley Wrestling. The athletic 22-year-old has made a name for herself by dominating all of the competition put in front of her, female or male. “Mogwai” put together the best stretch of her MMA career with wins in her past three fights under the Combate Americas banner. She picked up wins over Invicta veterans Liz McCarthy and Nicdali Rivera-Calanoc during her three-fight winning streak. She also holds a victory over Jewels veteran Celine Haga.

Murata is one of the most accomplished female wrestlers to hail from Japan. The 23-year-old made her MMA debut just five months ago, but she has already garnered much attention despite only fighting three times. Murata continued to impress after each showing. She took a decision from Russian prospect Natalya Denisova before finishing Maia Stevenson in her next outing. Murata put on her best performance in her last outing against former Enfusion kickboxing champion Ilona Wijmans. The Abe Ani Combat Club product ran through Wijmans in less than a minute and a half with a quick takedown and finish

Murata first gained fame by nearly defeating Saori Yoshida in the Japanese national wrestling competition in 2011. Yoshida is widely regarded as the greatest female wrestler ever, with Olympic gold medals in four straight Olympic games among her many amazing accolades. If not for Yoshida, Murata may still be plying her craft in the wrestling circle. Instead, the MMA audience is graced with a phenomenal athlete and grappler looking to topple over another top-level athlete.