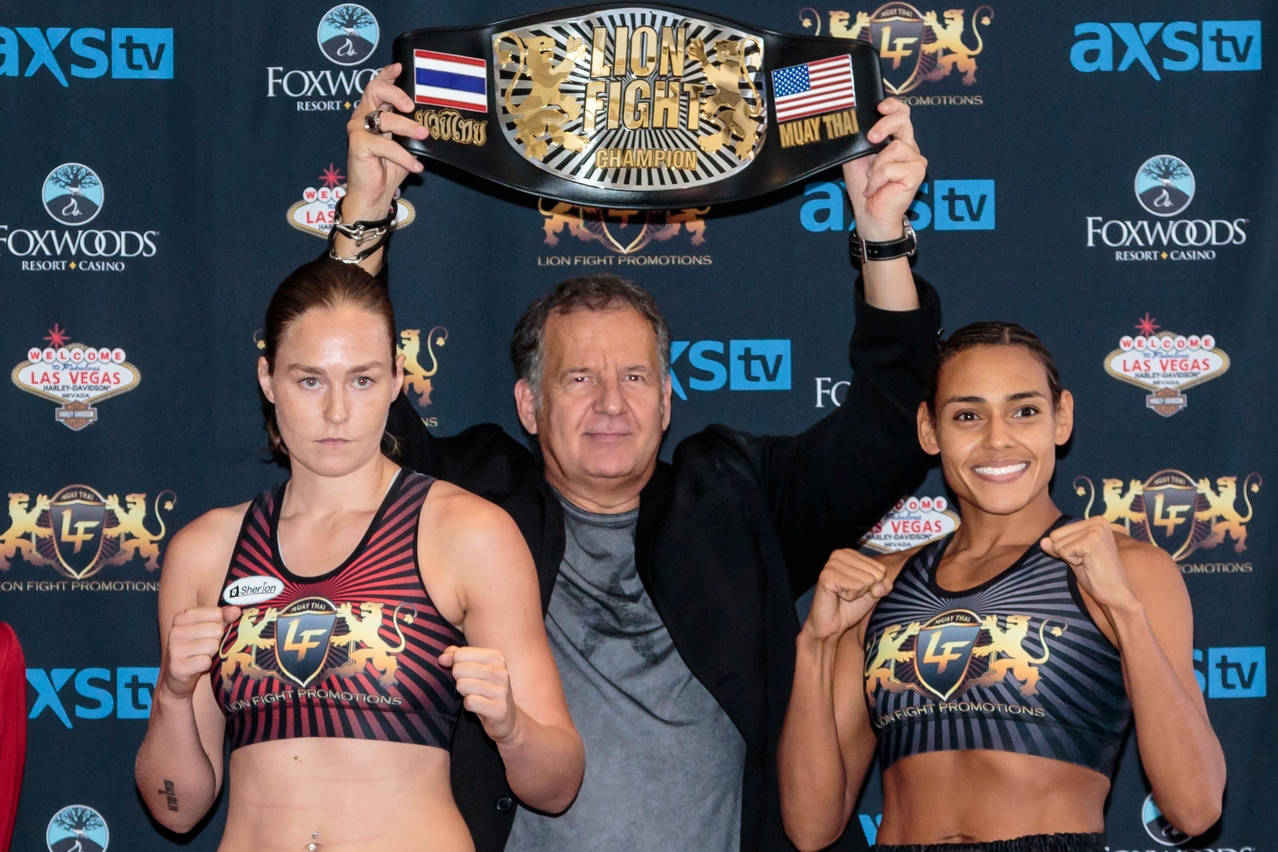 The concept of a milestone is important for anyone striving to reach a goal. Whether business or personal, a milestone is a way of gauging one’s progress.

Lion Fight Promotions has not been around long. The organization started off small in the United States, but the goal was always to be the top Muay Thai promotion in the world. While the National Football League or Major League Baseball can claim a “world champion” each year, professional fighting is more akin to soccer. It is truly a global sport, and to crown a true world champion, there needs to be a truly global presence.

Last year, Lion Fight CEO Scott Kent spoke to Combat Press. He stated his goal of turning Lion Fight into a global promotion. The idea was always to get a foot in the door through co-promotion. A year later, the idea has finally become a reality. The goal has not yet been reached — not even close — but a very important milestone will be achieved this weekend when Lion Fight 39 lands in London, England.

“This was probably the next step for us,” Kent told Combat Press. “We always felt that when we started this company, long-term growth was predicated on us, first of all, becoming successful in the U.S. and branding ourselves. We’ve done that. AXS TV has been a good partner, helping us get the Lion Fight brand out there.

“I have some familiarity with the Muay Thai Grand Prix in London, and we felt that was the right move for us. We had some time at the end of 2017, so we went ahead and made the agreement with Muay Thai Grand Prix, and the next show is a huge move for us. It’s November 18th. It’s at the Indigo at the O2, so it’s definitely a marquee venue, and it’s something we’re really excited about.”

MTGP is the top Muay Thai promotion in Europe, an area where Dutch-style kickboxing, like the world-famous K-1, has always held a stronghold. However, as Muay Thai, which allows many more techniques than the Dutch style, has begun to blow up all over the globe, so have the aforementioned promotions. Therefore, the co-promotion of MTGP and Lion Fight makes sense.

“The advantage is having boots on the ground over there with a group that is familiar with successful shows,” Kent explained. “It’s a branding opportunity for both of us. I’m bringing three of the top Muay Thai fighters in the U.S. It’s a great opportunity for these kids to go over there and have this international experience. [MTGP is] doing most of the legwork on this, which is good for us, and it’s a way for us both to capitalize and set a precedent for what we want to do in the future working together.”

The future looks bright for both entities. Lion Fight is, by far, the premier Muay Thai promotion in the United States. MTGP not only holds events throughout Europe, but it has expanded into the Asian continent as well.

“They do Paris,” said Kent. “They do a couple shows in the Middle East, and in our talks with them, we’ve even discussed the possibility of getting involved in one of the Paris shows in 2018.”

In addition to the possibility of co-promotion with MTGP, Lion Fight has also been building a strong relationship on another new continent. Check off one more milestone.

“Our other partner is a group called Warrior’s Way, out of Australia, and it’s on Fox Sports,” Kent said. “It’s broadcast in Australia and New Zealand. We’ve brought Mark Castagnini over from Warrior’s Way, and a couple of his fighters, for our shows. They’ve invited us, at the end of April, to bring Lion Fight to Australia and do a similar co-promotion with Warrior’s Way. This is a way of showing how far Lion Fight has come, because the brand is in demand. People want to be affiliated with Lion Fight, so Muay Thai Grand Prix and Warrior’s Way are our first two ventures to that end.”

Kent is not just the CEO. He is also the primary face of the promotion. Kent is constantly working to build his brand, and there is rarely a dull moment for the Muay Thai enthusiast who has also trained in the sport.

“It changes from day to day, but the one thing that’s been pretty consistent is that we’re always working at how to make the shows better,” said Kent. “Whether it’s bringing in sponsors, looking for some different options for exposure — from social media to television — how can we get the most bang for the buck, or how do we get our message out there? We’ve always felt that once people see the fights, they’re going to love it. I spend a lot of my days on that end. I do a lot of interviews, promoting this show in particular. I fly out in a few hours for London. I’ve got interviews set up over there. I’m just getting out and spreading the gospel of Lion Fight. That’s my day.”

To you, it might seem like just another fight card. To Kent and the rest of the Lion Fight organization, it’s another milestone on the way to global domination.