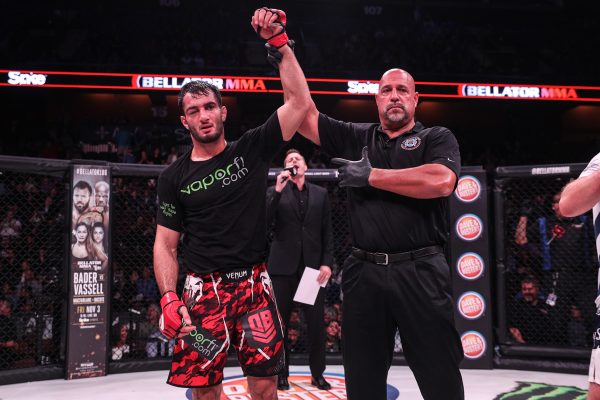 In the night’s main event, former Strikeforce titleholder and recent UFC combatant Gegard Mousasi made his promotional debut against former Bellator champion Alexander Shlemenko. Mousasi entered the contest having won five straight inside the Octagon, including a second-round finish of former champion Chris Weidman in his last appearance. Since dropping his belt in late 2014, Shlemenko had primarily competed under the M-1 banner. He exacted revenge on the man who took the belt from him, Brandon Halsey, in just 25 seconds back in June.

The action kicked off Friday with a live preliminary card stream on Combat Press at 7 p.m. ET. The main card followed on Spike TV at 9 p.m. ET.