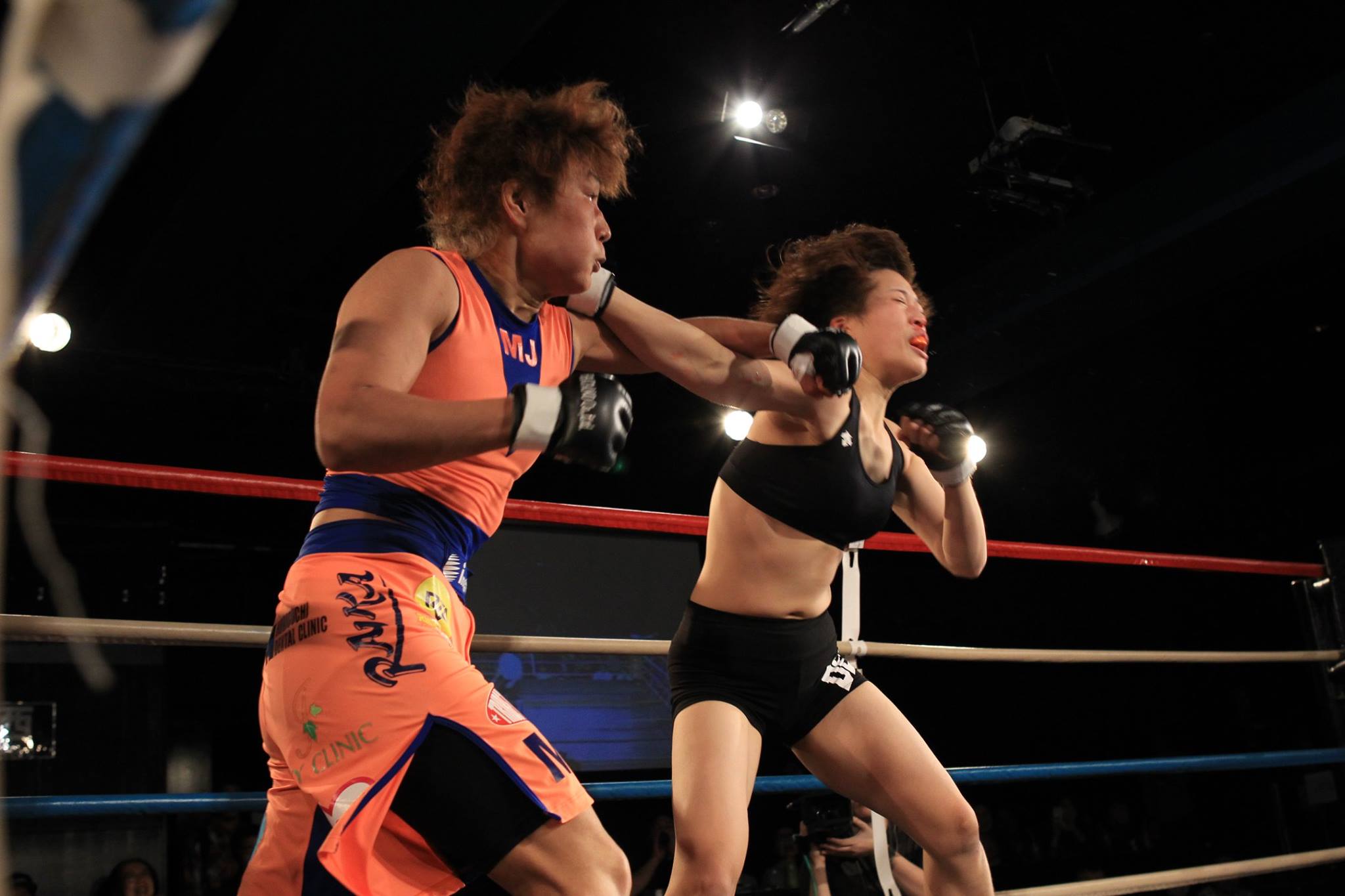 In the evening’s main event, Japanese boxing world champion Emiko “Fujin” Raika took on 18-year-old South Korean prospect Jin Hee Kang in Raika’s ROAD FC debut. The fight wass a rematch of their two-round bout at DEEP JEWELS 14 in November of 2016. Emiko brought her winning streak to two with a victory over Satsuki Kodama at DEEP JEWELS 15 in February. Kang lost a decision to Dandan Hu in her most recent bout at Superstar Fight 7 earlier this year.

In the night’s co-main event, former Smackgirl and DEEP Women’s champion Satoko Shinashi looked to win her seventh straight since returning from a six-year retirement against a former opponent, Ye Ji Lee. Lee was just 15 years old when she made her MMA debut against one of legends of Japanese Women’s MMA. Lee dropped her next outing against another legend in Hisae Watanabe, but she won two straight against Natsuki Shimomakise and Hana Date heading into this contest.