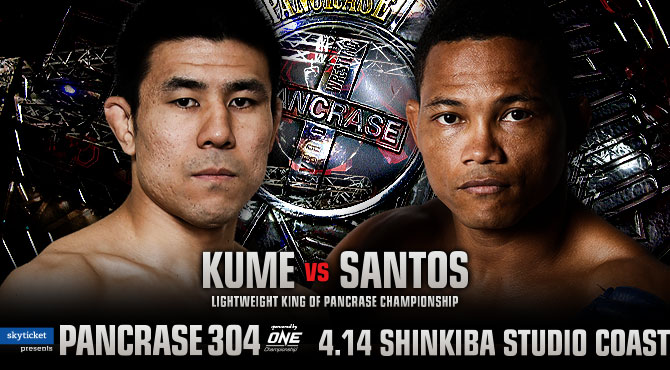 On Sunday, April 14, Pancrase held its 304th event from the Shinkiba Studio Coast in Tokyo, Japan.

In the night’s main event, the ligthweight King of Pancrase title was on the line between RIZIN and Road FC veteran Tom Santos and former lightweight champ Takasuke Kume.