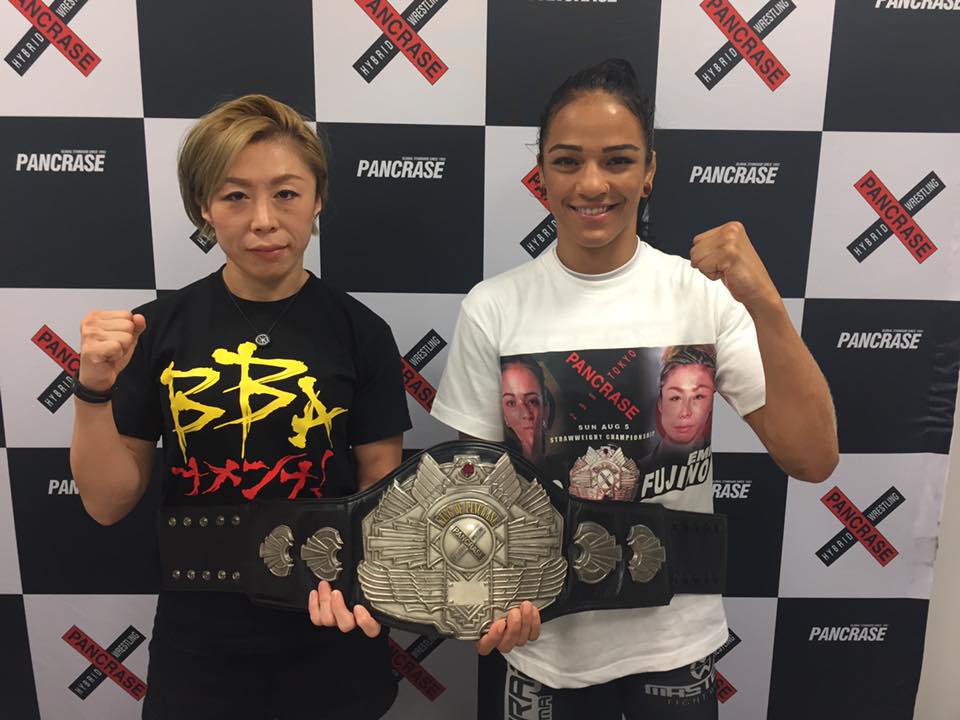 In the night’s main event, the strawweight Queen of Pancrase was crowned when legendary Japanese women’s MMA pioneer Emi Fujino took on Brazilian Viviane Araujo, who was coming off of a big win against Ayaka Miura at Pancrase 290. Fujino, 37, had won four straight, including a decision victory over Invicta FC competitor Sharon Jacobson.