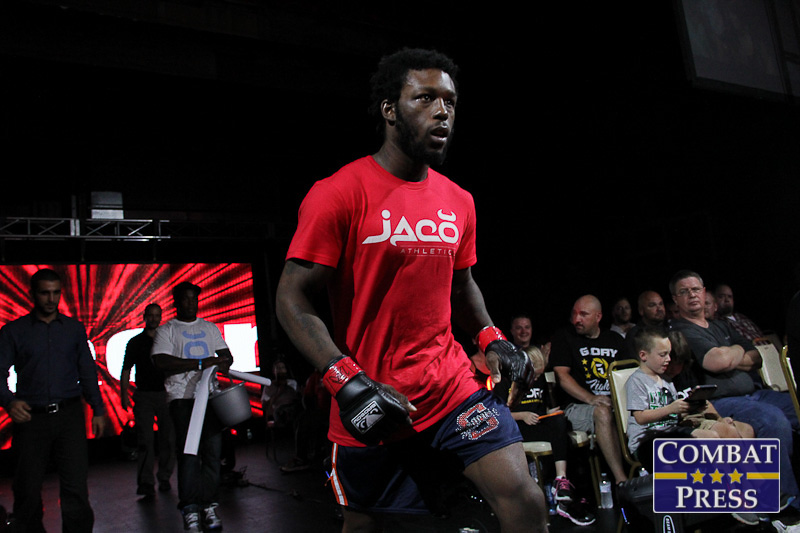 It’s safe to say that Desmond Green’s year couldn’t have started much better.

The newly signed UFC lightweight was preparing for a likely title shot in Titan Fighting Championships earlier this year while holding a part-time office job. But then his manager called him with the news that would change his life dramatically.

“My manager had been trying to get me on the radar of the UFC, but I didn’t think it was going to happen,” Green told Combat Press. “So I was getting ready to fight for the Titan belt when my manager called me and said he had a meeting with [UFC President] Dana White. He was going to try to get me on the card in Buffalo [N.Y.] and sold me as the hometown guy coming to fight.”

About three weeks later, Green’s manager called again and gave him the good news: he was now a member of the UFC roster. Green reacted the way many fighters likely do when receiving that kind of news, but few probably ever admit.

“I almost shit myself,” Green said. “It was exciting as hell. I’m from Rochester [N.Y.] and I went to school in Buffalo, so to be able to fight there was a dream come true.”

Green, who boasts a 20-5 pro record, made his debut at UFC 210 in April in Buffalo. He scored a split-decision victory over Josh Emmett. Green’s win and his entire initial experience with the UFC met all of his expectations, except for maybe his expectations about the fight with Emmett itself.

“I’m walking out to the cage, and the crowd is going nuts,” Green said. “It was everything I ever imagined and more. I was amazed that little ol’ me got that type of reaction. I was happy that I got the win, but I thought he would put up more of a fight. I gave him too much credit, and I didn’t think it should’ve been a split decision.”

Green will definitely have a more challenging fight on his hands when he faces Rustam Khabilov at UFC Fight Night 115 on Saturday, Sept. 2, in the Netherlands. Khabilov has won his last four fights and has shared the Octagon with fighters such as Benson Henderson, Jorge Masvidal and Yancy Medeiros, the latter two of whom he defeated.

“I’m excited to fight Khabilov,” Green said. “I think he’s ranked No. 16, and he has some good, credible wins. He’s a great fighter, but I’m going to smash him and take his spot.”

Green recently relocated his family to Florida, where he was already training with the Blackzilians. Green still trains with the camp from time to time, but he is now primarily training with his striking coach, Henri Hooft, and his team at Combat Club after spending much of his career traveling the world to refine his craft.

“I’m just still learning how to strike and honing my skills, and I’ve been training my ass off,” Green said. “I’m just a savage — I hit anything that moves — but Coach Hooft is teaching me how to be a ‘smart’ savage.”

When Green isn’t training, he’s spending time with his family and three children. Between visits to Disney World and enjoying the Florida beaches, Green is absolutely certain that he doesn’t miss those harsh western New York winters.

“I love that it’s 80 degrees here every day,” Green said. “Being from New York and having to heat my car up and clean my car off in the winter, this weather is really nice.”

Now, Green has more sunny days to look forward to in his professional career, as well.

Green would like to thank his teammates and coaches at Combat Club, as well as manager, Glenn Robinson, and his family. Follow Green on Twitter: @PredatorToon
Advertisement