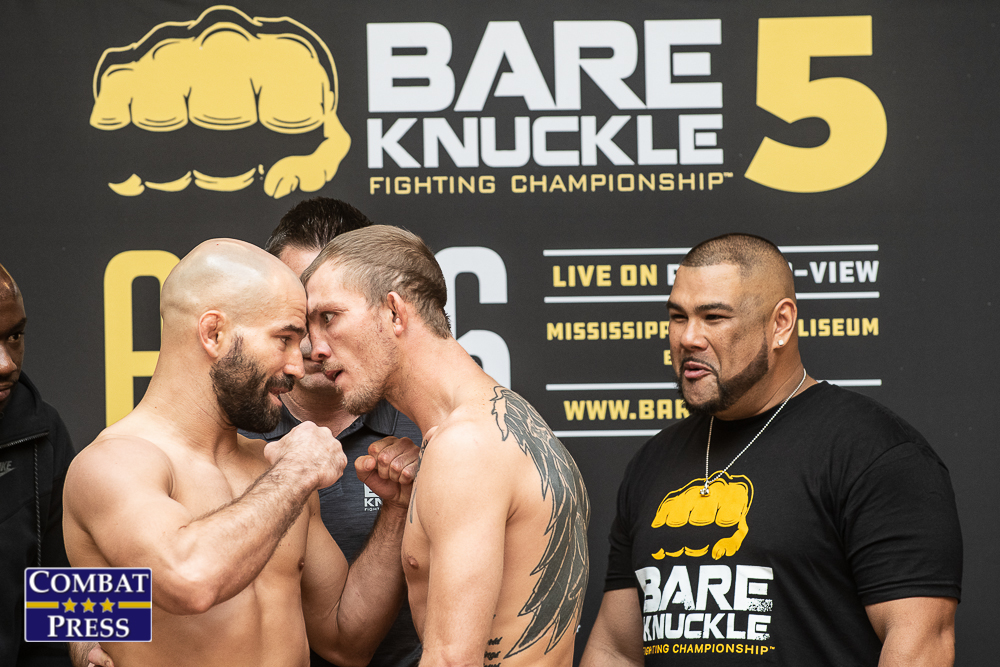 On Saturday, April 6, Bare Knuckle Fighting Championship will host its fifth event from the Mississippi Coast Coliseum in Biloxi, Miss.

In the night’s main event, a pair of UFC veterans square off as Russian Artem Lobov takes on Jason Knight.

The fighters hit the scales on Friday, April 5. Results of the weigh-ins appear below, as well as a photo gallery of the action shot by Phil Lambert of Combat Press. Click an image for a larger version.