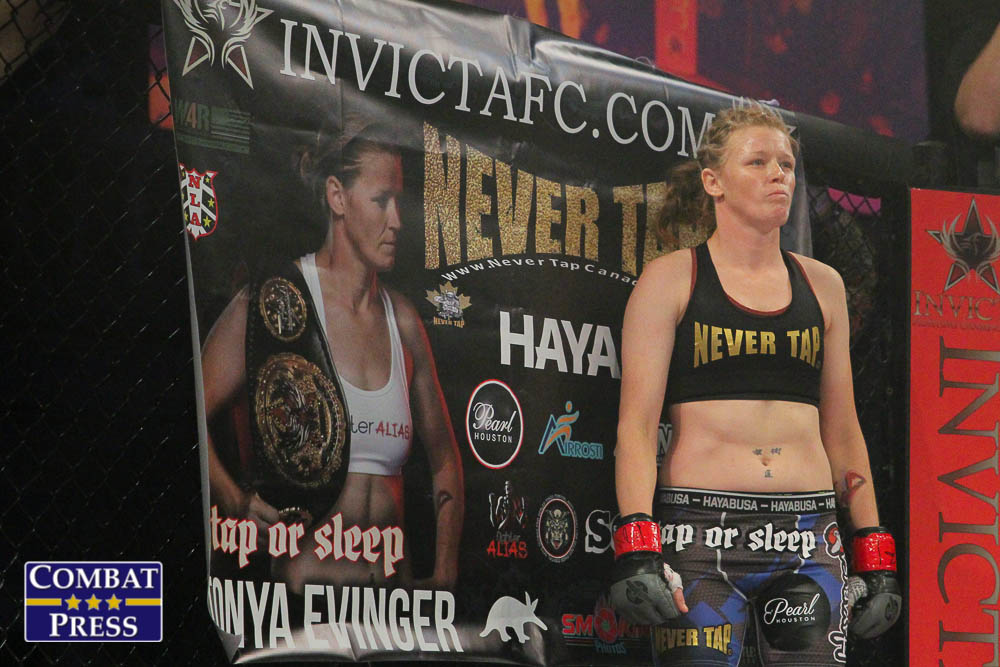 Evinger replaces Australian Megan Anderson, who moves to the UFC to take on former Invicta titleholder Cristiane “Cyborg” Justino at UFC 214 on July 29.