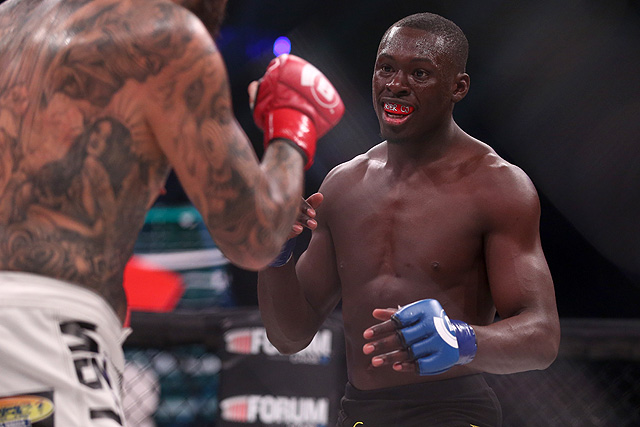 On Friday, June 2, Legacy Fighting Alliance made its first trip to California as it visited the the Los Angeles-Burbank Marriott Convention Center in Burbank.

Welterweights Curtis Millender and Kevin Holland squared off in the night’s main event. The 29-year-old Millender is a four-time veteran of Bellator MMA, most recently defeating Johnny Cisneros via TKO at Bellator 170 in January. Holland, meanwhile, had fought once under the Legacy FC banner, falling short against submission ace Rafael Lovato, Jr. The 24-year-old had rebounded with five straight wins. All nine of his career wins have come before the final bell.