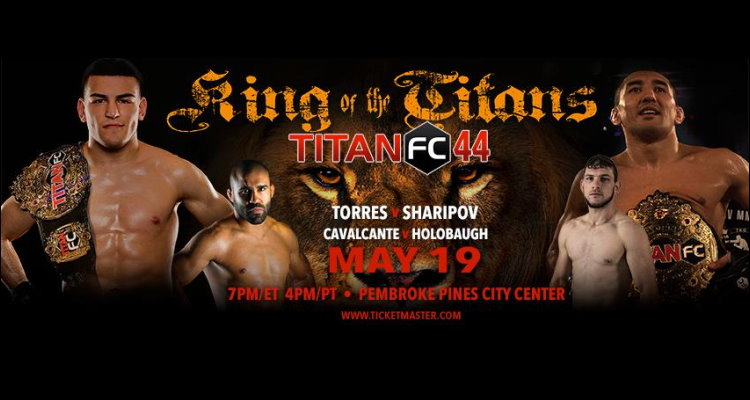 On Friday, May 19, Titan Fighting Championship hosted its 44th event from the Pembroke Pines City Center in Florida.

In the night’ main event, unbeaten flyweight sensation Jose “Shorty” Torres moved up in weight in an effort to become a two-division titleholder. The flyweight champion took on bantamweight kingpin Farkhad Sharipov for the 135-pound belt. Torres had opened his pro career with four straight wins inside the Titan cage, including a first-round destruction of UFC veteran Pedro Nobre in his last outing. A veteran of Bellator MMA and the XFC, Sharipov had picked up back-to-back decision wins under the Titan banner, picking up the bantamweight title in his most recent bout against Andrew Whitney.