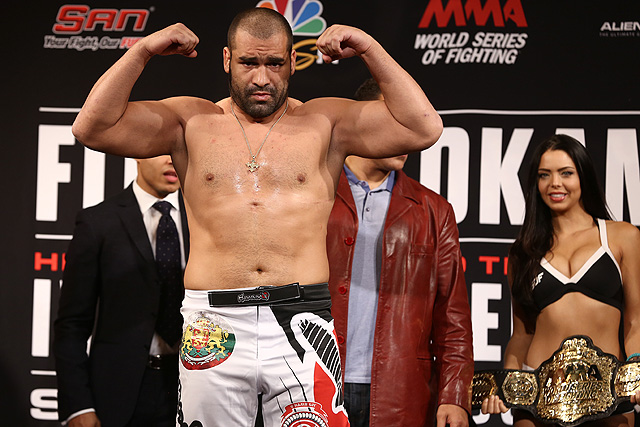 On Saturday, March 18, World Series of Fighting will host its first card of 2017 and 35th event overall from the Turning Stone Resort Casino in Verona, N.Y.

The event is headlined by three championship match-ups. In the main event, heavyweight champion Blagoy Ivanov clashes with UFC veteran and powerful striker Shawn Jordan. Ivanov rides a three-fight winning streak into the headlining affair, while Jordan scored a first-round finish of Ashley Gooch in his promotional debut in October.

The co-main event will see featherweight titleholder Lance Palmer put his belt on the line against former Titan FC champion Andre Harrison. Palmer exacted revenge against Alexandre Almeida to recapture his title his most recent outing. Harrison, meanwhile, enters the cage with a perfect 15-0 record.

Finally, the vacant bantamweight title will be up for grabs between Bekbulat Magomedov and Donavon Frelow.

The action kicks off with a preliminary card stream live below beginning at 8:15 p.m. ET, before transitioning to the NBC Sports Network at 11 p.m. ET for the championship tripleheader.

The fighters hit the scales at 5 p.m. ET on Friday. Video appears above, while results appears below.