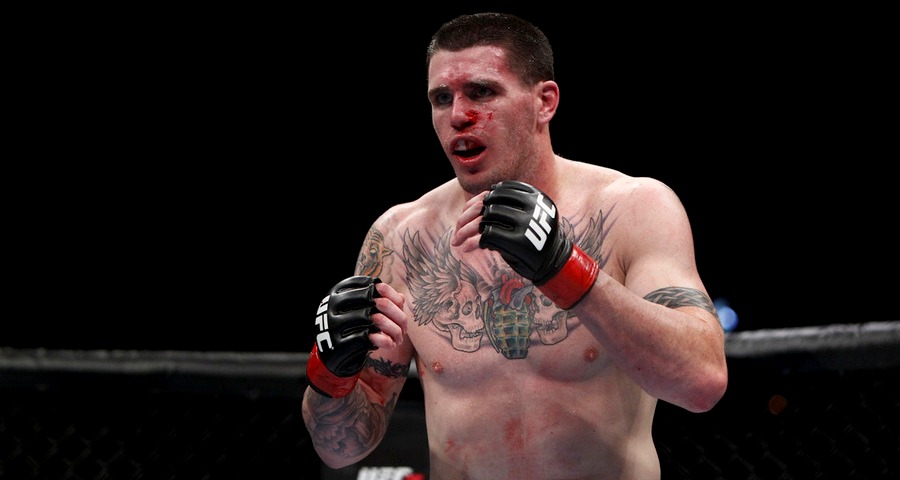 In the night’s main event, UFC veteran Chris Camozzi looked to get back in the win column against former Bellator tournament combatant Jeremy Kimball.

The 28-year-old Camozzi entered the contest riding a four-fight skid that saw his UFC tenure come to an end for a second time. However, the Factory X product fell by split decision in each of his last two contests. Camozzi went 6-6 inside the Octagon during two separate stints and looked to earn a third with a victory over Kimball.

The 12-fight event, which also featured a performance by the band P.O.D., kicked off at 6:30 p.m. MT with eight amateur contests and four professional bouts.

UFC veteran Chris Camozzi wasted little time in submitting Bellator veteran Jeremy Kimball and claiming the PFC middleweight title. Camozzi put Kimball on his back right away, but Kimball countered with a leg lock attempt. Camozzi escaped and got back on top. Kimball tried to stand, but it was short-lived as Camozzi took him down again. Camozzi fed Kimball a steady stream of left hands before taking his back and applying a rear-naked choke.

With the light heavyweight belt on the line, Josh Stansbury put an end to the undefeated streak of Colorado’s Jeremy Osheim. Osheim fired kicks early, but Standsbury delivered a series of right hands to slow his advance. Osheim pressed the action against the cage, but could not earn a takedown. Standsbury cracked Osheim with a right hand that sent him crashing to the canvas. Osheim survived and powered into the top position, but Stansbury locked on a deep guillotine choke and coerced the tap.

Brandon Griffin claimed the PFC heavyweight title with a 24-second destruction of Tyler East. The pair swung wildly from the opening bell, but Griffin was the first to connect. East stumbled and Griffin smelled blood, finishing him off with punches.

Heavyweight Xavier Saccomano kicked off the professional card in violent fashion, stopping Tim Brower in the first round. Brower came out throwing heavy shots, but Saccomano closed the distance and went to work on a takedown. Brower looked for a guillotine choke, but Saccomano brought the fight to the mat. Once there, Saccomano passed to the mount and unleashed a barrage of punches that forced the referee to intervene.