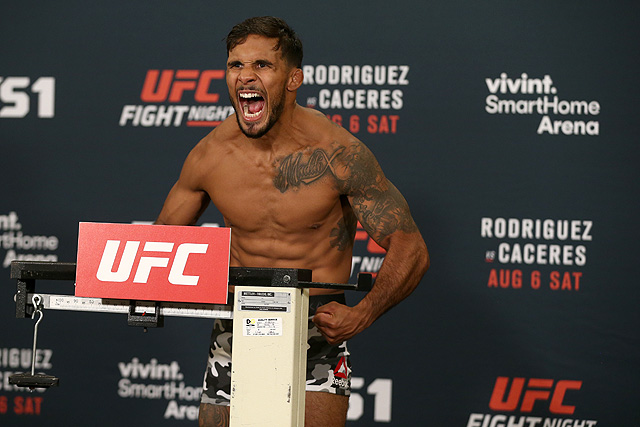 On Saturday, Feb. 4, the UFC will host UFC Fight Night 104: Bermudez vs. Korean Zombie from the Toyota Center in Houston.

In the night’s main event, The Ultimate Fighter 14 runner-up Dennis Bermudez clashes with former title challenger Chan Sung Jung. New York’s Bermudez enters the contest having won nine of his last 11 Octagon appearances, including back-to-back decision victories over Tatsuya Kawajiri and Rony Jason. Jung, meanwhile, returns to the cage for the first time since losing to then-champion Jose Aldo at UFC 163 in August of 2013. The South Korean stepped away from the sport for military service and will look to regain the form that earned him three straight post-fight bonuses prior to his title challenge.

The fighters will hit the scales on Friday, but there will be no ceremonial weigh-ins.