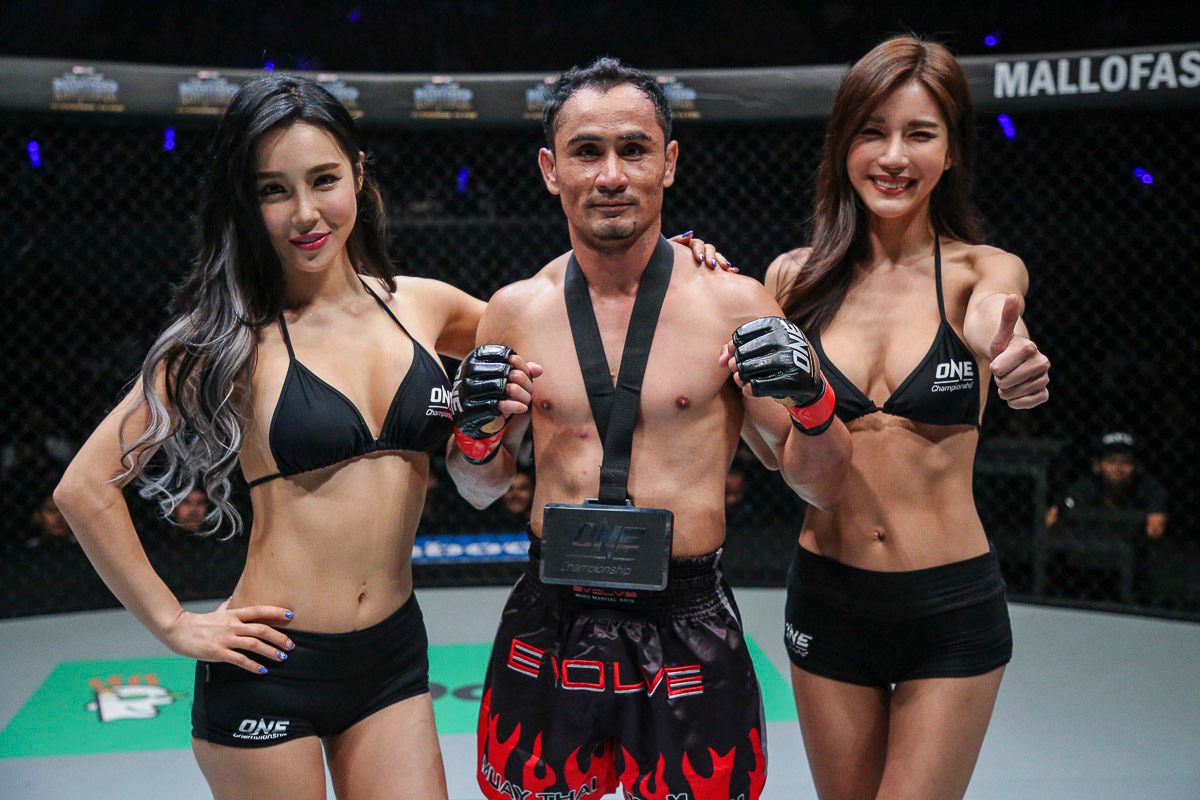 ONE Championship: For Honor Preview and Predictions

ONE Championship will hold its eighth event of 2019 when the promotion returns to the Istora Senayan in Jakarta, Indonesia, for ONE Championship: For Honor.

ONE Championship’s first-ever Muay Thai titleholder Sam-A Gaiyanghadao will defend his flyweight belt for the first time against English challenger Jonathan Haggerty, who looked impressive against Joseph Lasiri in his promotional debut.

The preliminary card kicks off at 7 a.m. ET Friday morning on ONE Championship’s Facebook and Twitter pages. The main card continues at 9:30 a.m. ET on B/R Live (United States) and YouTube.

Muay Thai takes center stage when Sam-A Gaiyanghadao and Jonathan Haggerty clash for the flyweight title atop this card. How will this fight play out?

Gaiyanghadao has set all of the promotional benchmarks since the debut of the ONE Super Series in 2018. The former two-division Lumpinee stadium champion was featured in the first-ever Muay Thai bout, the first title fight, and is now set to become the first and only titleholder to defend his belt should he get past Haggerty. In his ONE debut, the 35-year-old knocked out Joseph Lasiri in the second round. He pushed his winning streak to five with a fourth-round knockout against former It’s Showtime, W5, and Lion Fight champion Sergio Wielzen to win the flyweight title.

After a brief retirement, Gaiyanghadao joined the Evolve Fight Team, which has deep ties with the promotion through founder Chatri Sityodtong. It seemed appropriate that after 25 years of experience, the decorated veteran would be the first fighter to compete for a championship under the newly founded ONE Super Series. In his first title defense, he will be the far more experienced competitor, with 366 wins in his 421 professional fights. His opponent only carries 15 professional fights into the biggest bout of his life.

Haggerty, the ISKA world champion, impressed in his ONE debut against the aforementioned Lasiri. He was able to batter his Italian opponent over the course of three rounds with a high-volume approach. Haggerty, with his technical yet aggressive style, looked far better than his experience would suggest. He will be up against the stiffest test in his career when he meets his experienced southpaw foe.

Gaiyanghadao is a master technician who could potentially shut down Haggerty’s offense with his defensive acumen and excellent counter-striking ability. The champion will look to land his left-handed strikes when Haggerty presses to get inside. This will make for an entertaining bout, but Gaiyanghadao becomes the first ONE Super Series champion to defend their title.

The other big name in this lineup is UFC veteran Yushin Okami, who makes his promotional debut against Kiamrian Abbasov. Will Okami find success in his first ONE appearance?

Okami, 37, is coming into the twilight of his career. The 16-year veteran has fought and won all over the world in many of the sport’s biggest promotions, including the UFC, Pride, K-1 Hero’s, Pancrase, Superbrawl, the WSOF and now ONE. The former perennial middleweight contender had a largely unheralded run in the UFC. However, his 14 wins in 21 fights and four separate three-fight winning streaks speak more to his level of talent.

Okami was cut by the UFC for the second time with his most recent loss against Alexey Kunchenko at UFC Fight Night 142 in December. Prior to the loss, Okami hadn’t exactly slowed down, with wins in five of his last six fights. His only loss in this stretch came on short notice against former UFC title challenger Ovince St. Preux at light heavyweight. Despite leaving the UFC on a loss, Okami is still a threat to most fighters outside of the upper echelon of the sport. Almost all of his prior losses have come against former champions, perennial contenders or top-10 fighters.

Abbasov makes his return to the promotion for the third time against one of the most experienced opponents he’s ever met. The 25-year-old has won 12 of his last 13 bouts. His most recent victory came against former ONE title challenger Agilan Thani by first-round submission in December. Abbasov’s only loss in this span came against his most experienced foe to date, Luis “Sapo” Santos, who took a unanimous decision over Abbasov at ONE Championship: Visions of Victory.

As he has gotten older, Okami has continuously made the difficult weight cut to 170 pounds. Fortunately for one of the bigger Japanese fighters competing worldwide, he won’t have to cut the extra 15 pounds, because ONE’s weight-cutting program has an upper limit of 185 pounds in the welterweight division. The system still allows the fighters to cut weight, but restricts the amount a fighter can drop through multiple hydration tests during the week. The move to this system of cutting will greatly benefit Okami, who has looked severely dehydrated in past weigh-ins.

The gap in age does present some concern for Okami, but his experience level and overall game should be enough to thwart some of Abbasov’s wrestling tactics. In his last bout, Abbasov pressured forward with reckless abandon to eventually secure the rear-naked choke. Okami is the slicker, cleaner striker. However, Abbasov’s athleticism and potential for aggression could dictate the pace of the bout. Okami was overwhelmed against strong opponents like Jon Fitch and St. Preux in the past. He will step into the circular cage for the first time with an opportunity to move up the welterweight rankings very quickly with an impressive performance.

Former ONE titleholder Gafurov looks to return to the win column following a first-round knockout loss against Koyomi Matsushima. After winning his first 15 contests, Gafurov lost his title when he was knocked out by Martin Nguyen in a rematch. The 34-year-old defeated Emilio Urrutia with a submission sandwiched in between those fights. The Russian will once again put his grappling to the test against Japan’s Yamada.

Yamada, the former ZST welterweight champ, has won three of his five ONE bouts, including two straight victories over Eric Kelly and Rafael Nunes. He lost to former lightweight champion Eduard Folayang in his promotional debut in 2016. The 29-year-old has defeated nine of his last 10 opponents, with his lone loss coming against top welterweight contender Saygid Guseyn Arslanaliev via submission.

This battle will be decided by where the grappling game goes. If Gafurov gets on top, then he will be dangerous with ground-and-pound and is always a threat to lock up a rear-naked choke.

Over the course of his 11-year career, Yamada has continued to show his progression into a complete martial artist. The ZST mainstay may be the underdog heading into this contest, but expect him to push his promotional winning streak to three.