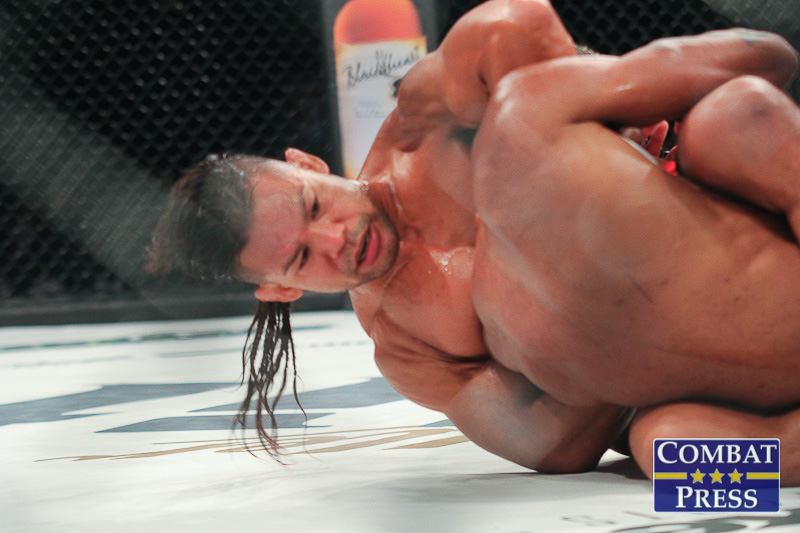 Bellator 166 and Bellator 167 Preview and Predictions

This week, Bellator MMA goes all out with two events on back-to-back nights to kick December off with a bang. The first event, Bellator 166, takes place on Friday. Bellator 167 follows on Saturday. Both events will be held at the WinStar World Casino in Thackerville, Okla.

Bellator 166’s main event is a bantamweight title rematch. Champion Eduardo Dantas will defend his title in another clash with Joe Warren. The two met previously under the same circumstances and Dantas failed to retain his title, dropping a decision to the former champ Warren. Now, Dantas gets to avenge an earlier loss and make his first true title defense.

Bellator 167 will also have a rematch in the bantamweight division as the main event. Darrion Caldwell will look to avenge a loss from his previous fight against the rapidly climbing Joe Taimanglo. Taimanglo secured the victory in their last fight with a third-round submission finish of Caldwell. Caldwell was previously undefeated and coming off a victory over the aforementioned Warren prior to the submission. Now, both fighters can view this fight as one that has title implications.

Both preliminary cards will air live on Bellator.com. The main cards both air live on Spike TV beginning at 9 p.m. ET on their respective nights.

Bellator 166 features a bantamweight title showdown between Eduardo Dantas and Joe Warren. Bellator 167 features a clash between super prospect Darrion Caldwell and Joe Taimanglo, the man who recently defeated him. Both fights are rematches, but will both feature the same outcome as the first meetings had?

Warren has been in an interesting spot since beating Dantas the first time. It was a great back-and-forth fight where Warren won the most wacky of exchanges on the ground. Since then, Warren has gone 2-2. Immediately after beating Dantas for the title, he was defeated by Marcos Galvão in his first title defense. Warren’s other loss came against Caldwell.

Warren is like the Urijah Faber of Bellator. No matter what his record and no matter what his recent fights have looked like, he continues to be near the top of his division and gets numerous opportunities for title shots. While Warren is being gifted these shots, he has done enough to keep himself afloat as a legitimate contender. The Dantas fight is perhaps the best Warren has looked recently. This time a different outcome should occur. Warren isn’t the same fighter and Dantas has most likely learned he won’t get the better of Warren in any grappling exchanges. If he doesn’t avoid the ground game in this fight, maybe he has learned to use his size advantage to produce a more dangerous guard or utilizing his rubber guard a little more effectively to keep Warren from scoring points. Dantas has only fought twice since his clash with Warren, but his last fight against Galvão looked better for the current bantamweight champion. That should help set the table here against Warren.

Taimanglo is such an interesting fighter. He’s probably the most underrated fighter on Bellator’s roster. However, Caldwell is the pick this time around. Taimanglo has been on a tear in Bellator. He’s in the midst of a four-fight winning streak. Despite a size disadvantage in many of his fights, he has turned into one of the better fighters in the bantamweight division. It wouldn’t be so farfetched to think he could possibly get a title shot if he beats Caldwell for a second time. However, Caldwell will work a little harder to implement his wrestling in this fight. He has to avoid the guillotine choke on entry. It’s difficult to call Caldwell a prospect anymore, since he could be very close to a shot at the belt. He should avenge his loss, just as Dantas will, and that sets up the possibility of a future showdown between the winners of this weekend’s two main events..

Two Bellator cards. One weekend. If our readers only have time to watch one event, which one should they choose?

This is actually pretty tough. Both cards have some interesting fights. It’s like picking your favorite child or deciding which one of your favorite foods you want to eat for dinner. Either way, the readers are in for some good fights. Both main cards contain groups of evenly matched opponents.

Bellator 166 is the top choice, though. The main and co-headliner are some big-implication fights. Of course, there’s the title fight in the main event. The co-main is even more interesting, however. Antonio McKee, Jr., continues his trend as one of the brighter prospects in the sport. He goes up against Ray Wood. And beyond the top-billed match-ups, there are two more bright prospects at middleweight in Chris Honeycutt and Ben Reiter.

Bellator 167 could have the edge if Patricky Freire and Derek Campos were still in the main event, but it just doesn’t pop as much as Bellator 166. Everybody will want to see the title fight at the top of the Bellator 166 card, especially since the first fight was a great display of how wacky grappling can be.

We’ll throw Bellator 167 some love and go with Andre Fialho against Chidi Njokuani.

Chidi, the brother of UFC veteran Anthony Njokuani, has a quality striking game that really makes him stand out on any card. Fialho, meanwhile, hasn’t gone past the first round in Bellator, and all of his career victories have been finishes. Fialho has looked great against limited competition so far, but Njokuani is his first true test.