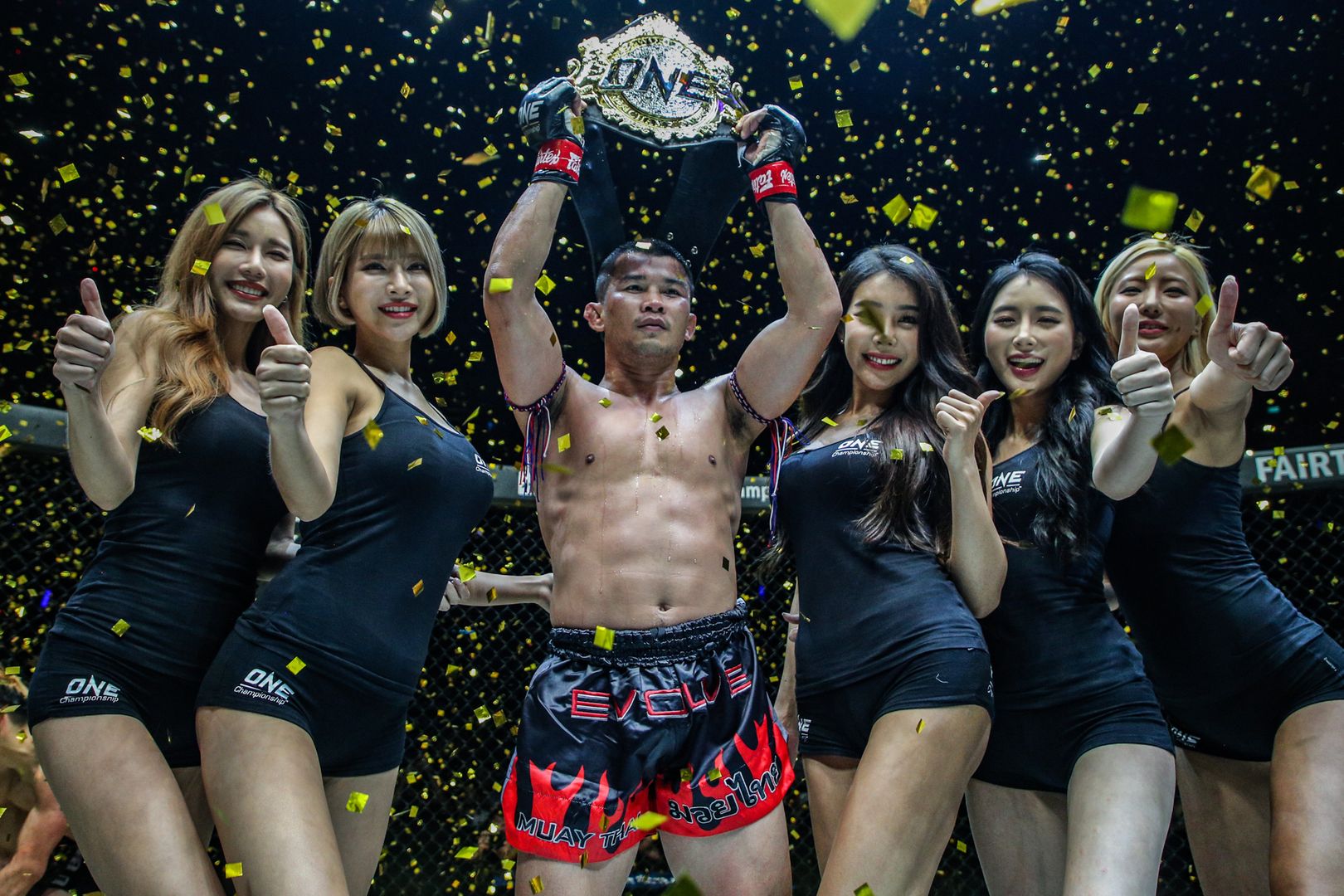 ONE Friday Fights 1 will kick off ONE Championship’s event series from the historic Lumpinee Stadium, and the Singapore-based promotion plans to start it off with a bang as ONE Bantamweight Muay Thai World Champion Nong-O Gaiyanghadao defends the gold against Alaverdi Ramazanov in the evening’s main event.

Ramazanov has put together back-to-back victories to earn his shot, and the former ONE Bantamweight Kickboxing World Champion offers an intriguing stylistic matchup to the dominant divisional king.

Nong-O is known for breaking down his opponents, but “Babyface Killer” has unorthodox movement that he may not be used to seeing.

In the co-main event, former ONE Strawweight Muay Thai World Champion Prajanchai PK.Saenchai returns for the first time since losing his title. He will take on two-division Lumpinee Stadium World Champion Kompet Sitsarawatsuer.

In total, ten Muay Thai bouts will be contested over four divisions, with two catchweight contests filling the other two slots. Mixed martial arts will also appear on the historic card, as Akihiro Fujisawa will take on Colton Kielbasa in flyweight, and a lightweight battle between Richard Godoy and Alexy Lyapunov will also go down.

Fans of Muay Thai in four-ounce gloves will love this event. Thai fans will pack into the legendary venue and be treated to the best strikers in the world – especially with living legend Nong-O taking center stage in the main event.

Check out the full card for ONE Friday Fights 1 below:

Seksan Or. Kwanmuang vs. Tyson Harrison