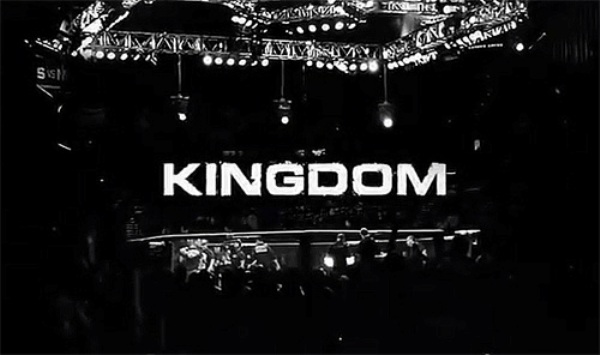 First off, let me give a warning that there are possible spoilers ahead!

Typically, I like to give shows or movies featuring MMA a chance. In some cases you get burned, like in Here Comes the Boom. But other times you get something like Warrior. There isn’t an in-between for these movies; either I view them in a great light, or just plain bad.

A little shy of two years ago I gave Kingdom that chance and honestly went in with low expectations. A show featuring MMA could go South pretty quickly as it’s not something that everyone is knowledgeable about and can pull off. This isn’t like baseball or football — something people see on a regular basis — but a niche sport by comparison. There isn’t a whole lot of market for the sport on the entertainment side where you can develop movies or shows and expect people to watch based solely on it being an MMA movie.

Now, let me preface the rest of this by saying I’m not a big drama fan. I tend to watch more comedies and drama isn’t something I typically flock to see. Comic shows and movies are about the extent of my drama watching outside of stuff like Game of Thrones or Breaking Bad. I’m not my mother and I don’t enjoy watching soap operas. If anything I’m the kid in the back of the class picking apart how cheesy they tend to be.

It would be very easy for Kingdom to push the drama aspect and get to a point where it is extremely cheesy and over-the-top, cringe-worthy material. But, nothing is heavily exaggerated in the storyline. Each character feels real and cast almost perfectly. Whether it be Frank Grillo’s Alvey Kulina or his son Jay, played by Jonathan Tucker. The acting and the writing is appropriate and you need both of those to have the success the show has. The show is already renewed for a third season, as it passes the halfway point of season two, and maintains an 8.4 out of 10 on IMDB and a 76 percent likeability average on Rotten Tomatoes.

This season should put the show into award consideration after making a considerable leap from the first season’s 10-episode run to the current 20-episode second season. We got a more fleshed out story with the extra episodes. We got to see a compelling mental battle stemming from personal run-ins with rape from both male and female perspectives that were sensitive and gripping. Jay’s battle with drugs and, in general, being a huge underachiever has really grown this season and has left him at a fork in the road. It isn’t cliché, you see the personal battles behind the characters in this sport. MMA is just simply the vessel for these characters to move on from past or future problems.

Even the fight scenes are choreographed well and I’m a huge stickler when it comes to anything fight scene-related in movies and television. It takes me out of the show when I can sit here and predict the next move, they punch or kick incorrectly or they just ruin my suspension of belief and I have to go “that would never happen.” It’s a show like Arrow who had a big boss battle to end the season and the big culminating fight showed the antagonist and protagonist basically throw 12 haymakers back-and-forth when they’re supposed to be well-trained fighters. My suspension of belief just dissipates. Whether you believe Kingdom should get consideration for being one of the better dramas out there, this is something I believe should be a lock. The direction and choreography of the show is just unbelievable. For the budget they have, it to me is on par with the last two Captain America films and those are the movies I hold in high regard for their fight scene compositions.

None of the moves feel out of place when they’re in the cage. It flows perfectly as a normal fight would. The camera angles are great when they get in there. It helps that they have some actual MMA fighters take a spot inside the cage like Gray Maynard and Justine Kish — which, also adds to the fun playing “Spot the MMA Fighter” in every episode. But the fights don’t end with some over-the-top roundhouse, 360-degree spinning kick that knocks the mouthpiece out, blood goes flying and someone ends up unconscious. Much like the story, the fights aren’t overdone. That is where I thought I would lose the show. Having broken down so many fights, watching hours upon hours of footage, I thought I would be turned off watching the show, but if anything, it kept me around. Nick Jonas, Jonathan Tucker, Matt Lauria and Natalie Martinez all really hit it out of the park on that.

I’m not overly preachy on shows I watch, I try to strive away from saying watch this show or sit through watching another one. But, I watch very few shows with eager anticipation between seasons and Kingdom is just one of them. Between the acting, the story and the fight scenes I’m surprised it hasn’t already won some awards. The first season was great, but the second season has really taken off with all of the storylines in an extended season. None of it feels forced as a writer — someone with an English degree who has studied differences in stories and the like — it just feels natural and everybody involved with the show deserves a resounding amount of credit. This is a show more people should watch and should garner more attention, it’s quite possibly my favorite show on television and that is a lot to say about a show I didn’t think I would make past the first episode.