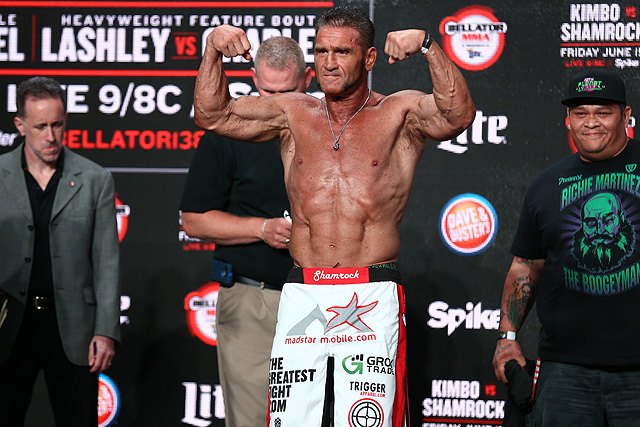 Above is live video of the event’s weigh-ins (courtesy of Bellator MMA) which take place at 6 p.m. ET on Thursday, Feb. 18, while the results appear below.