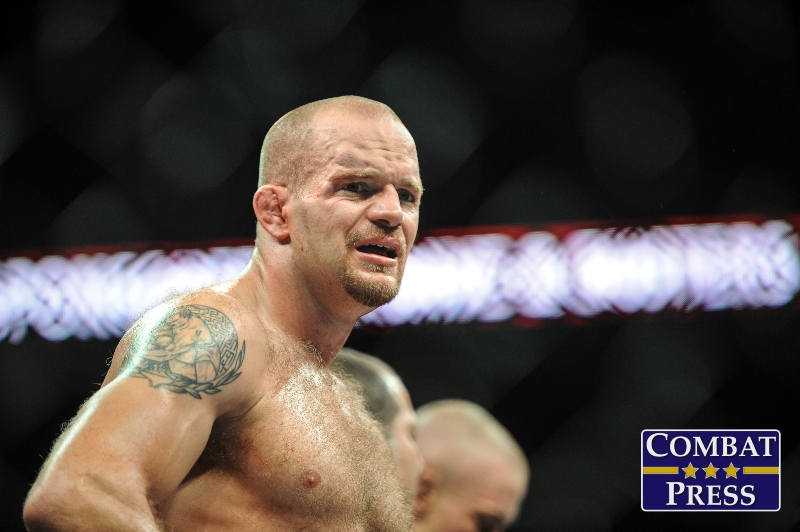 It doesn’t take a rocket scientist to be a professional fighter. In fact, there are plenty of fighters out there that are tremendous athletes, but act like they have concrete between their ears outside the gym. Many fighters are intelligent people, though. Plenty of them have college degrees. Some are even educated at the graduate and doctorate levels.

Joe Miles, who trains out of Z’s Training Gym in Fort Collins, Colo., is no blockhead. Just ask him what he does when he’s not training to be a badass.

“I write software for flow cytometers — cell-sorting machines,” Miles told Combat Press. “I went to school for electrical engineering, and this sort of fell into my lap. My friend had a connection with this company. It’s not exactly what I went to school for, but it was close enough.”

Miles may not be a rocket scientist, but ask most fighters what is means to write software for flow cytometers and you will likely get a lot of blank stares. However, Miles is more than just a really brilliant guy. He is also 4-4 as a pro fighter. He has fought across three different weight classes and holds a purple belt in Brazilian Jiu-Jitsu.

Miles is 36 years old, so he got a bit of a late start in the sport. In fact, four of his pro fights took place just last year. He is ready to get 2017 started off on the right foot, so what better way than a kickboxing battle against a solid striker in a really cool venue?

Tomorrow night, Miles steps into the cage against Justin Moss at the iconic Paramount Theater in Denver. The two men compete in a kickboxing bout at Paramount MMA 7. Former UFC fighter Tony Sims recently took over the promotion, and he has done a great job of promoting local and regional talent. The card is primarily MMA, but Miles and Moss will showcase the striking arts.

“I’m really excited,” Miles said. “Paramount’s a big deal. It’s only once a year, and it’s nice to get on that. I always wanted to do kickboxing, so this is going to be fun for me to branch out and do something different. I train in MMA, but I like all of the martial arts.”

While Moss is making the transition out of MMA to focus on kickboxing, Miles is open to competing in almost any martial art. This is his first pro kickboxing event, but he’s looking for any opportunity that comes his way.

Miles is very excited to see where he can take his career. Tomorrow night is his chance to showcase his talents in front of the UFC boss himself, as it was recently announced that UFC President Dana White would be in attendance filming Dana White: Lookin’ for a Fight. For Miles, this is a bit of a dream come true. Even though this is a kickboxing match, it was MMA that led him into combat sports in the first place.

“It was kind of weird,” Miles explained. “I was out in Seattle on my own, out of college, for the first time, just looking for stuff to do, and a guy took me to a local MMA show and I wanted to try it. So, I was trying to buy tickets for the next show, and there was a link that said ‘Want to fight?’ I wondered what would happen if I did that. So, I clicked it and I was in a fight the next month. I did horrible, but I won. I realized that I needed to know what I was doing, and ever since then, I’ve been an MMA fighter.”

Miles may not be one of a kind, but there are not many guys in the sport that became highly educated, landed a pretty specialized career, and still made the foray into fighting. On Friday night, at Paramount MMA 7, he has the opportunity to show off his striking skills. After that, who knows? Whatever opportunity comes his way will be welcomed with open arms. In the meantime, his life will continue to evolve around punching mitts and punching code.

Joe would like to thank all of his coaches and training partners at Z’s Training Gym, his family, friends, fans and sponsors.
Advertisement