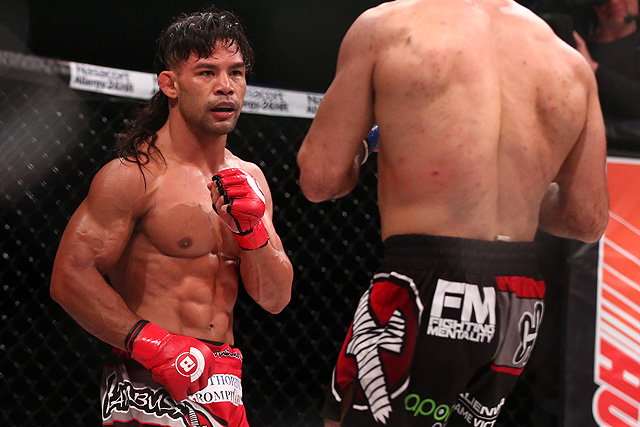 In the night’s main event, undefeated bantamweight Darrion Caldwell looked to continue his march towards the title when he took on veteran Joe Taimanglo. The 28-year-old Caldwell moved his record to 9-0 in March when he choked out former champion Joe Warren via rear-naked choke. Guam’s Taimanglo entered the contest having won three straight. Sixteen of his 22 career wins had come before the final bell.