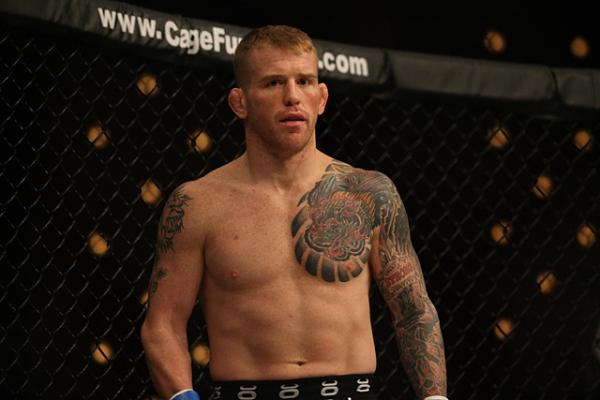 A pair of new champions took home titles at Shogun Fights 14 on April 16 in Baltimore, Md. As the promotion continues to grow and inched closer to its 15th card later this year, passionate mixed martial arts fans in the state of Maryland continued flocking to Charm City to see up-and-coming fighters put on exciting performances. Of the 13 fights on the card, only three went to a decision.

The first of the card’s two title fights saw Shogun Fights welterweight champion Micah Terrill put his belt on the line against Jon Delbrugge. A brief feeling-out process to start resulted in a barrage of strikes by Terrill – which was eerily similar to how he won the welterweight title last year. However, Delbrugge recovered and landed multiple takedowns to Terrill, which led to referee Fernando Yamasaki deducting a point from Terrill for repeated fence grabs.

Delbrugge returned to the takedowns in round two, with the second one making the difference. Utilizing his elite wrestling skills, Delbrugge ended up on Terrill’s back to secure a rear-naked choke and the Shogun Fights welterweight title. After his victory, Delbrugge asked fans at Royal Farms Arena to follow UFC President Dana White on Twitter and ask him to sign Delbrugge to the UFC.

The main event was for the inaugural Shogun Fights lightweight title in a rescheduled bout between Dan Root and Rob Watley. The two jockeyed for position in round one, with Watley either stuffing Root’s takedown attempts or recovering quickly and not allowing Root to capitalize when he did complete a successful one.

Barely a minute elapsed in round two before Watley landed a devastating knee to Root’s face, which snapped his nine-fight win streak and gave Watley the lightweight title.