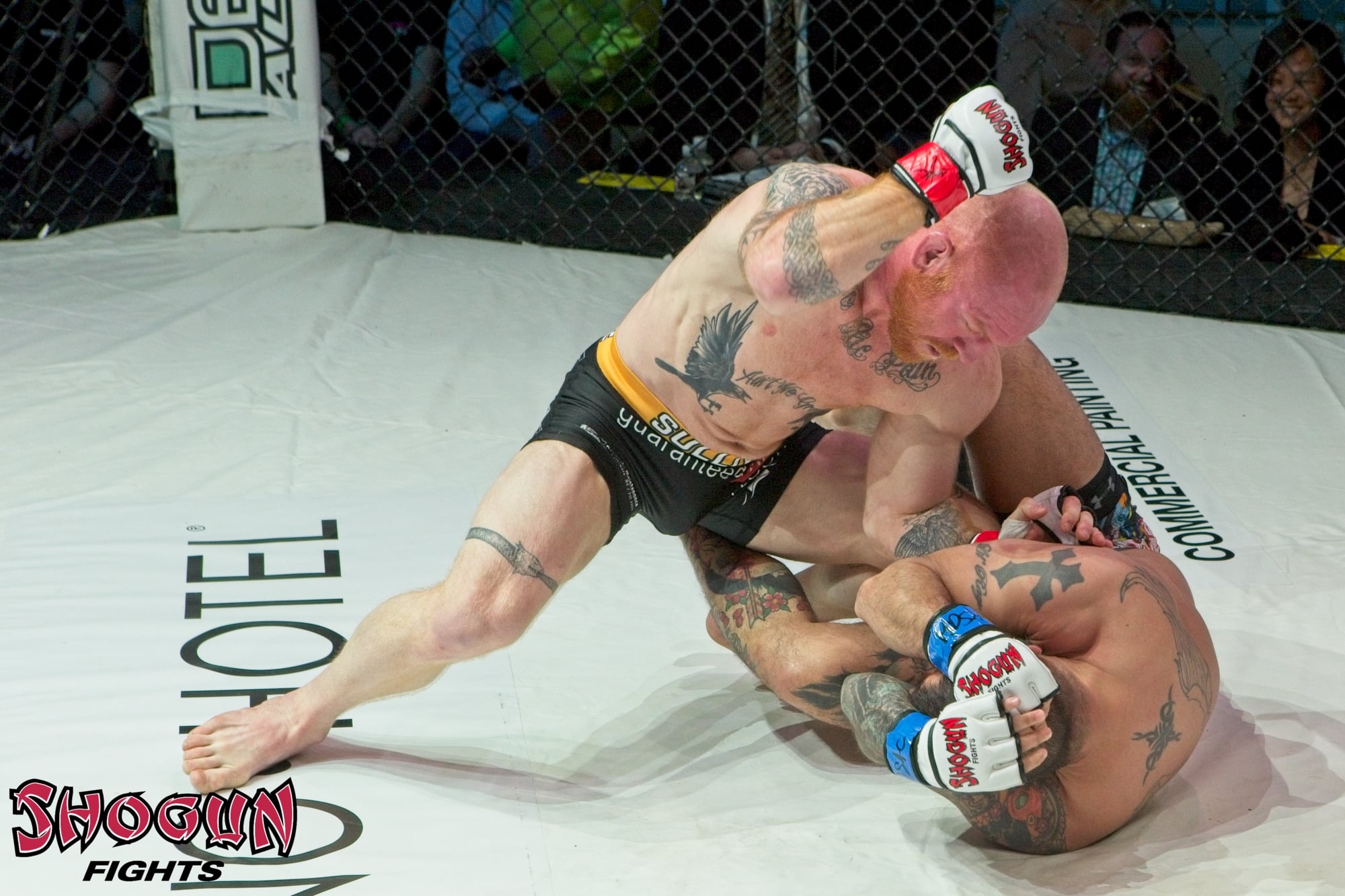 -excerpt from “The Gambler” written by Don Schlitz; performed by Kenny Rogers

It’s the first thing that hits you when you enter any casino – sensory overload. A sea of bright lights, bright colors and bright dreams as far as the eye can see. Your head twisting in every direction as your ears fill with a barrage of bells, jingles and other sounds that signal either the filling your pockets and achieving those dreams of early retirement, or picking those same pockets clean.

A nearby blackjack table comes alive with hooting and hollering; is someone riding a hot streak, and will they know when to stop and count their winnings?

It was against this backdrop of high-roller VIP rooms, a wall of high-definition television screens broadcasting every type of sports available for gambling – including the NCAA Division II version of March Madness – and overpriced cocktails and prime-rib dinners at the Maryland Live! Casino that a pair of Maryland fighters found themselves content to walk away after one more night’s work.

“Maybe [Shogun Fights President] John [Rallo] knew if he asked me at the right time, I would do it,” said Rob Sullivan, who won the final mixed martial arts bout of his career at Shogun Fights 24 on Mar. 26. “I had a few stipulations for possible opponents. I wanted it to be a fun fight, and I didn’t want some 20-year-old looking to make a name for himself. I didn’t want to fight anyone over six feet, and they had to agree to a catchweight fight.”

Sullivan originally retired from fighting following his last appearance in Shogun Fights in 2018. He switched to being a high school and club wrestling coach, which he began doing in 2013, as well as working as a personal trainer. He also recently became the owner of Baltimore Brazilian Jiu-Jitsu in his hometown of Essex, Md., and is taking college courses on business law and kinesiology while still finding time to train regularly and compete in grappling tournaments.

“I’m in the gym all the time, and I’m sharper and better now than I was before,” Sullivan said. “Three people turned me down for this fight, because I know I’m not a fun matchup. Whether you’re beating me or not, you’re in for a fight. I’m not convinced this is my last fight, but the stars don’t always line up this perfectly and I’m excited to fight in a new venue.”

Shogun Fights 24 was held in the Event Hall at the Maryland Live! Casino, because the usual home of Shogun, Royal Farms Arena in Baltimore, is undergoing extensive renovations. The setup for an MMA card in the Event Hall should immediately remind fans of being in the studio audience for a live taping of a sitcom. Except for a few rows of balcony seats overlooking the cage from on high, all the seats in the hall faced the cage from one side.

Sullivan was the third fight on the card, and, following a thunderous ovation, he received his happy ending and achieved a TKO victory in just 54 seconds. The main event of Shogun Fights 24 was an attempted title defense from welterweight champion Micah Terrill, who was submitted in the second round by Bryan McDowell.

Having a Retirement Plan

For many fighters, the notion of retirement is as doomed from the start as entering into a relationship with a Kardashian. For every fighter who successfully transitions to civilian life, many others put down their gloves just to pick them up again a few months later because they miss the thrill of competition, desire one more shot at glory or simply need to pay the bills but have no other skills besides punching someone in the face.

Even if Terrill’s loss to McDowell was his last fight for Shogun Fights, he has one fight remaining on a deal with the Professional Fighters League, which he intends to fulfill before focusing on outside business ventures – specifically, expanding his gym, Hot Box Boxing and Fitness, to a second location in Annapolis, Md.

“I think I’m a testament to everyone, especially younger fighters, to keep persevering and pursue your goals,” Terrill said. “Don’t listen to the voices in your head telling you to stop. I used to spar hard, but now I’m getting my rest and do daily meditation and take a daily walk to collect my thoughts. I can’t go 100 percent every day. It’s about getting the right push or the right sparring. I get paid to fight – I don’t get paid to spar.”

Terrill believes it’s important for fighters to think of a life outside of fighting and figure out what they will do once it becomes clear that their bodies can no longer handle the grind a career in MMA creates.

“I’m at the end of my rope,” Terrill said, adding that he created a space at his gym for local children to come after school and is involved in local anti-bullying programs.

The COVID-19 pandemic affected Terrill’s business, but he attributes keeping his gym afloat over the last two years to his loyal clientele.

Sullivan, on the other hand, credited the pandemic with helping to focus his various business endeavors and his educational pursuits.

“COVID pushed me to do this,” Sullivan said, “It made me realize life is short and I asked myself ‘Am I really happy? Am I doing what I want to do?’ When I got back into fight camp I thought, ‘Fuck, I missed this.’”

However, Sullivan is also excited for his career as a wrestling coach and takes pride in his ability to relate to his pupils.

“I speak their language, and I enjoy being able to influence them to make good decisions,” Sullivan said. “Wrestling is the most self-defining sport you can do. The only person who loses is you, and the only person who didn’t work hard is you.”

“Your Best Years Shouldn’t Be in High School”

Whenever Terrill hangs up his gloves for good, he hopes he will be considered an example for other fighters to follow and wants fighters to make sure to put their needs first.

“Be selfish, because no one cares about you more than you care about yourself,” Terrill said. “I’ve been able to provide enough for my family and go out the way I want. I hope I’m remembered as someone who poured his heart and soul into it, and that everyone can achieve what they want in life.”

Rallo described Terrill and Sullivan as great to work with and popular fighters who bring a lot of fans to each card they competed on.

“They are very professional and always make weight, and they never pick and choose which fighters they want to face,” Rallo said. “Rob would even help set up the cage at events after he retired the first time, and Micah would let other fighters cut weight in the sauna at his gym. I’ll definitely miss those two guys, who always showed up to fight.”

As part of his efforts to coach the next generation of wrestlers, Sullivan doesn’t sugarcoat his wisdom.

“Have goals, chase dreams and screw up,” Sullivan said. “I coach at a school where they’re bred to go to school and go to work. Your best years should not be in high school. Go live, and fail. You have your whole life to be your parents.”