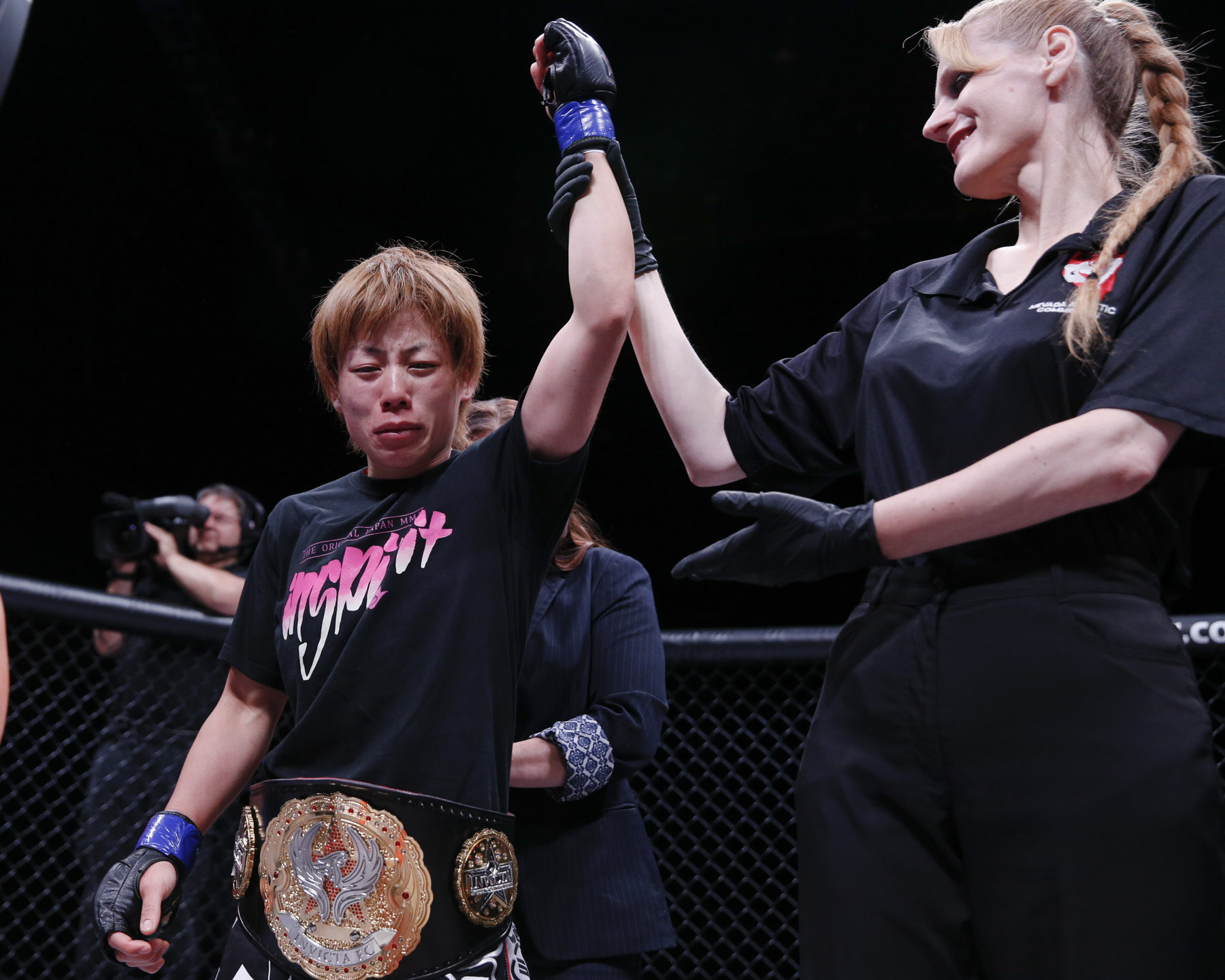 In the co-main event, the promotion crowned an interim flyweight champion as Brazilians Vanessa Porto and Jennifer Maia faced off. Both fighters entered the match-up riding three-fight winning streaks. Porto was most recently in action against Roxanne Modafferi at Invicta FC 12, while Maia returned to the Invicta cage after three bouts in her home country.