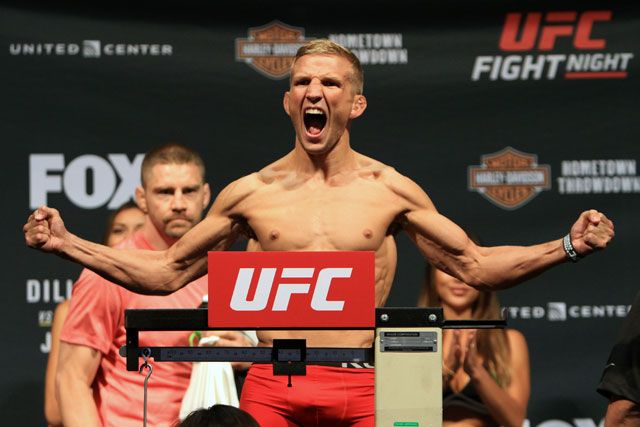 On Saturday, Jan. 16, the UFC will host the weigh-ins for UFC Fight Night 81: Dillashaw vs. Cruz which takes place Sunday, Jan. 17, from the TD Garden in Boston.

In the night’s main event, the promotion’s bantamweight champion, T.J. Dillashaw, will put his belt on the line against former titleholder Dominick Cruz. Dillashaw rose to the top of the division while Cruz battled injuries and was forced to relinquish the belt. Dillashaw captured the belt at UFC 173 with a fifth-round stoppage of Renan Barao and has since defended the belt twice. Cruz has fought just once in the last four years, earning a 61-second knockout of Takeya Mizugaki at UFC 178. The 30-year-old, who held the title in both the WEC and the UFC, has not tasted defeat since 2007, but has struggled with multiple knee injuries.