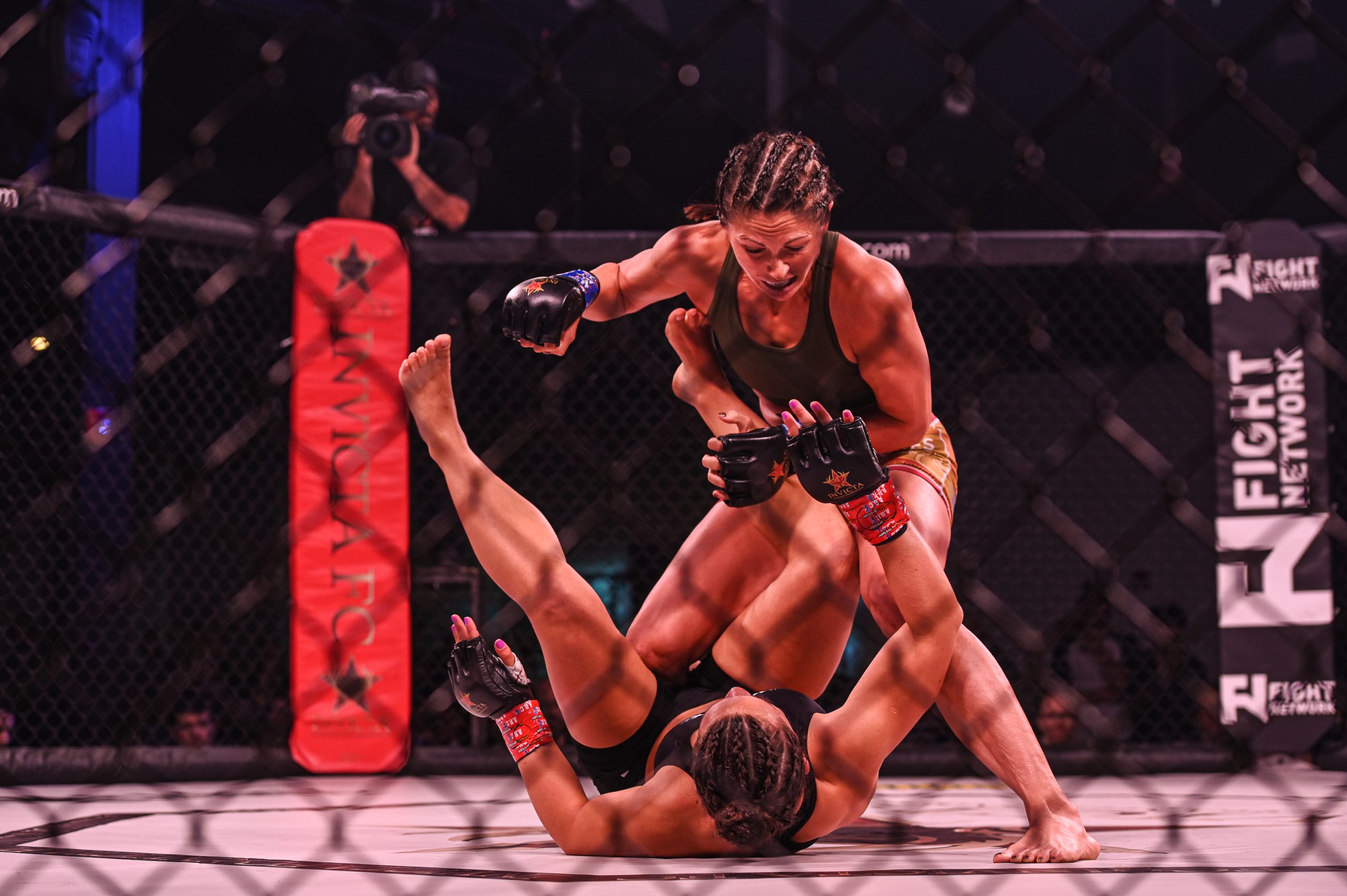 Five Women’s Flyweight Prospects the UFC Should Sign in 2023

Although I am almost certain Dakota Ditcheva won’t get signed by the UFC in 2023 due to her PFL roster spot, she is clearly a top flyweight prospect in the world that would be an excellent addition to the roster. So, I will include her in the hopes that she does indeed get signed to the UFC roster.

Ditcheva is a striker, possessing an extensive Muay Thai and kickboxing background. In the cage, she defends takedowns well and has great technical striking. Ditcheva was very busy in 2022, racking up four wins during the year. She started the year off by knocking out Simone da Silva with ground-and-pound. She then took a unanimous nod over formerly undefeated Paula Cristina, earning her a spot on the PFL roster. She fought twice under the PFL to end the year, knocking out Hassna Gaber and Katherine Corogenes.

Ditcheva is a blue chipper, especially seeing as she’s just 24 years old. Her recent move to American Top Team is going to do wonders for her. Ditcheva is somebody I could see being a title contender in a couple years.

When it comes to records on paper, Canada’s Corinne Laframboise likely has the least “appealing” record of the fighters in this series. However, the Quebec native is battle tested and has shared the cage with some top prospects in respectable organizations to some good success.

Laframboise is a pretty well-rounded fighter, though her ground game appears to be her most valuable asset. The Brazilian jiu-jitsu based fighter is very good with her submissions and ground-and-pound, which has led to her finishes in her career. She has shared the cage with the likes of UFC fighter Manon Fiorot and top prospect Jamey-Lyn Horth-Wessels, and even though she lost those fights, she went three rounds before the finish. She’s currently on a three-fight surge, which includes her lone fight of 2022 where she defeated Invicta vet and previously undefeated prospect Carolina Jimenez.

The UFC loves getting their hands on Canadian MMA talent and it seems they haven’t had as much to work with as they have in previous years. Laframboise has experience in bigger shows, a tough strength of schedule and some keynote victories. I say she deserves a chance in the big leagues to show what she can do.

There aren’t a ton of top talents coming out of the country of Norway, but 28-year-old Ivana Petrovic appears to be the top fighting prospect out of that Nordic country. Though just five fights into her pro career, the Norwegian had a successful amateur career that saw her compete and win Cage Warriors amateur championship.

Petrovic turned pro in 2021 after an impressive amateur career, which saw her beat some of Europe’s top amateurs, including another top prospect Melissa Dixon. She’s stayed busy in that time, showing off her very strong ground game, which includes good submissions and effective ground-and-pound. She had an immensely successful 2022. She started the year off by pounding out Dorota Norek, which was followed up by a win over veteran Marta Waliczek. She ended her 2022 campaign with an impressive submission of Alexandra Tekenah.

Petrovic certainly has a bright future in this sport and might require a tad more development. That said, I certainly think she can be built up slowly if brought to the UFC roster and could be a fighter that blossoms in a couple of years.

I was going to give this spot to Gabriella Hermogenes, but the UFC signed her at the end of this year. Instead, we will go with the experienced Ketlen Souza, a busy-body fighter out of Brazil known for her activity when she was in the Brazilian regional scene.

Souza likes to strike when she steps in the cage, throwing a lot of kicks and possessing solid hands. She’s also competent in the clinch, where she likes to try and hold position with her opponent’s back against the cage. She ended her 2021 with a massive win over respected vet Gisele Moreira, but took just one fight in 2022. In that fight, her American MMA debut with Invicta FC, Souza won a very convincing decision over veteran Maiju Suotama.

Souza has the cage time and the skills that the UFC should be looking for while trying to populate their women’s flyweight division. The 27-year-old has gotten better since her last loss in 2020 and should be allowed to show that under the UFC banner.

Oklahoma has produced its share of solid fighters in the sport of mixed martial arts, and one of them is 33-year-old fighter Kristina Williams. “The Warhorse” not only has a great nickname, but she lives up to it with how she fights in the cage.

Since competing six time in Bellator going 3-3 from 2017 to 2020, Williams left the promotion and looked to reinvent herself. To her credit, she didn’t take any easy fights and actually owns wins in Bellator over Emily Ducote and Heather Hardy. Her losses came to UFC vet Valerie Letourneau, former champion Juliana Velasquez and current contender Denise Kielholtz. She entered the Invicta promotion in 2022 and scored two important wins, besting Flore Hani and Liana Pirosin. She is now positioned to potentially score a title shot with Invicta going forward.

Williams is well-traveled and experienced for a woman with just nine professional fights. She’s tough as nails and exciting in the cage, two things that Dana White and the UFC brass respect in a fighter.