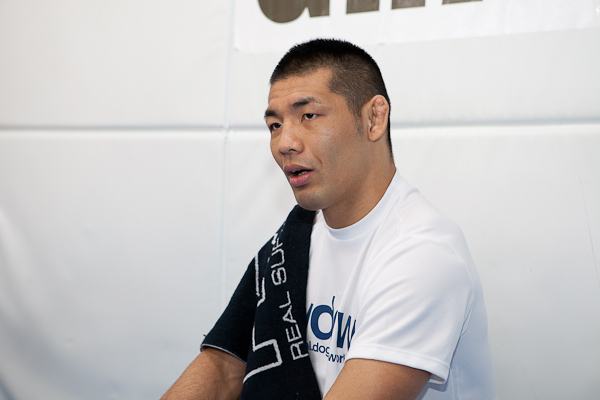 In the night’s main event, UFC veteran Riki Fukuda looked to defend his middleweight title against Jung-Hwan Cha. The 35-year-old Fukuda was released from the UFC following a 2-3 run with the promotion, but the Japanese fighter had rebounded by going 4-0 with one no-contest in his five appearances under the ROAD banner. All four of his recent wins had come via strikes. Cha, meanwhile, is a well-traveled veteran that was 3-0-2 over his last five outings. He bested Alexandre Barros at ROAD FC 019 in November by unanimous decision.