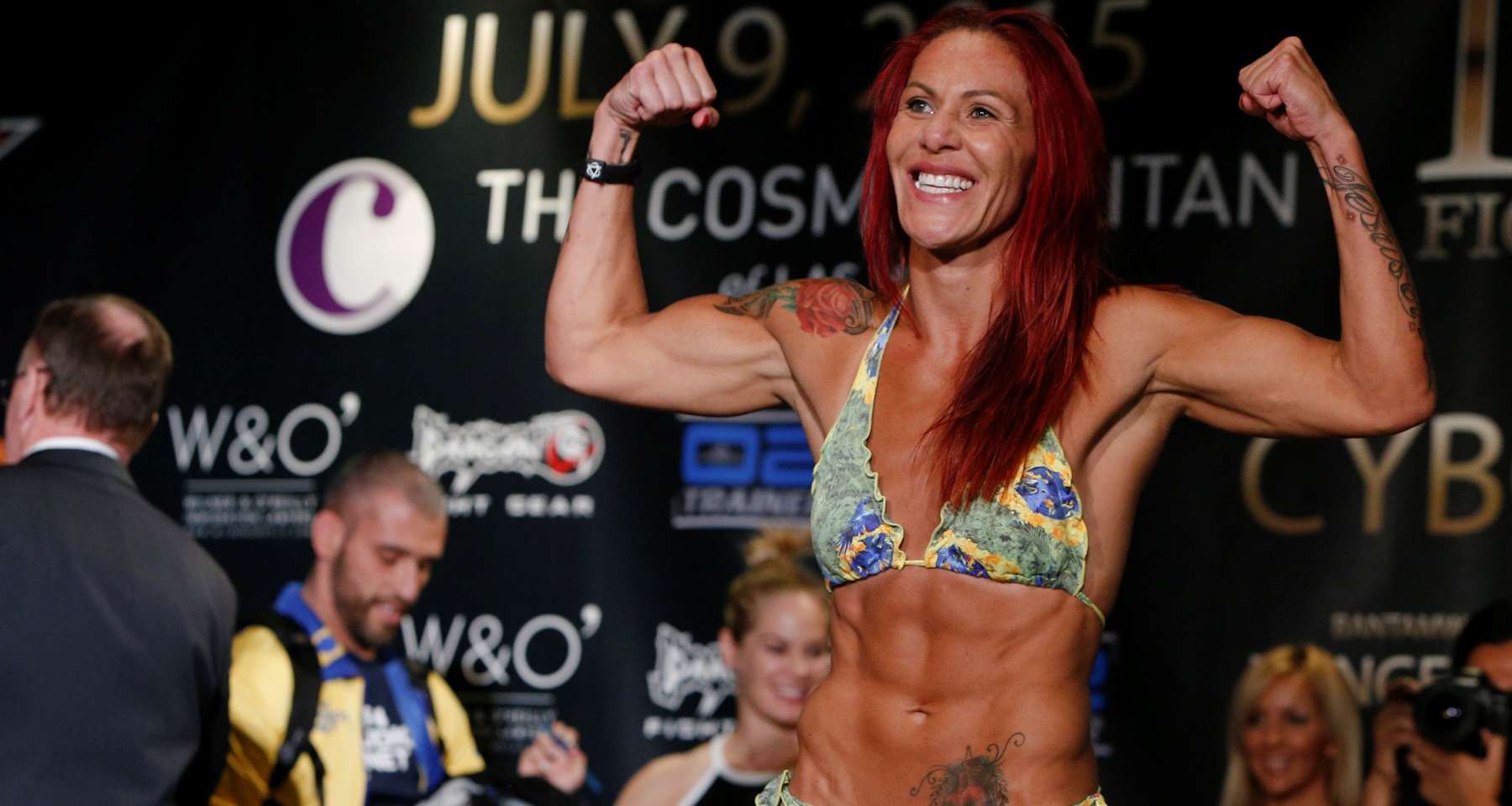 On Wednesday, July 8, Invicta Fighting Championships will host the weigh-ins for Invicta FC 13: Cyborg vs. Van Duin which takes place Thursday, July 9, from The Chelsea at the Cosmopolitan in Las Vegas.

The championship tripleheader will be headlined by a featherweight title fight between champion Cristiane “Cyborg” Justino and New Zealand’s Faith Van Duin. Cyborg successfully defended her 145-pound title at Invicta FC 11, stopping Canadian Charmaine Tweet in 46 seconds. The win marked the Brazilian’s third straight finish inside the Invicta cage. Van Duin made her promotional debut at Invicta FC 12 in April and submitted Amanda Bell in the second round with a schoolyard choke.

In the night’s co-main event, a new bantamweight champion will be crowned as Tonya Evinger locks horns with Mexico’s Irene Aldana. Evinger enters the title affair riding a six-fight winning streak, including three straight in the Invicta cage. Aldana, meanwhile, has scored back-to-back first-round stoppages over Peggy Morgan and Colleen Schneider under the Invicta banner.

Also slated for the event is an atomweight title fight between Brazilian champion Herica Tiburcio and Japan’s Ayaka Hamasaki. The pair were originally expected to meet at Invicta FC 9 last fall, but when that fell through, Tiburcio submitted Michelle Waterson at Invicta FC 1o to capture the 105-pound strap.

The event will stream live and exclusively on UFC Fight Pass on Friday beginning at 11 p.m. ET.

The fighters will hit the scales at 9 p.m. ET on Wednesday. A live video feed appears above (courtesy of Invicta FC), while the results appear below.