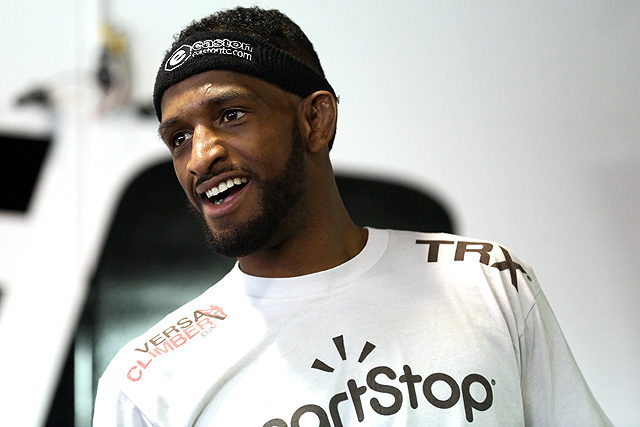 A cylinder, as the definition relates to an internal combustion engine, is the chamber in which power is produced by a sliding piston. The term “firing on all cylinders” refers to the maximum power that can be generated by an engine.

In 2013, Neil Magny was not performing as well as he had hoped. The former semifinalist from season 16 of The Ultimate Fighter may have come up short on the show, but he was a young, promising fighter with a lot of room for growth, and the UFC gave him a contract anyway. That first year, however, did not go as planned.

Magny entered the UFC in February of 2013 with a 7-1 record. He ended up going 1-2 in that first year and was having doubts about his place in the sport.  The former collegiate wrestler from Southern Illinois University was not firing on all cylinders. It was time for a look under the hood.

“It got to the point that I had those two losses in a row, and everyone was starting to question whether MMA was still for me,” Magny told Combat Press. “I felt like I was doing what I needed to do in the gym, and I felt like I was doing what I needed as far as diet goes, but the outcome wasn’t what I wanted. So, I started to sit back and wonder what I was supposed to do next. Was I supposed to hang it up in MMA, and start pursuing a career elsewhere, or where do I go from here? From that point on, I was just praying on it and giving it time.”

With a lot of hard work and a little bit of time, that engine got a tune up.

After his second loss in a row, Magny got offered a shot at the 14-2-1 Gasan Umalatov on Feb. 1, 2014. It was a new year and an opportunity to show off a fresh new ride. After three rounds at UFC 169, he scored a unanimous decision. Little did he know, this was about to become a record-tying run.

“[After my last fight], Joe Silva called me for a fight a couple weeks later, and then after that, the fights just kept rolling in, one after the other. At that point, I knew this was what I was supposed to be doing and this is the place for me.”

Over the course of nine months in 2014, Magny took three decision wins and two knockouts to tie Roger Huerta’s record for the most Octagon wins in a calendar year.

“It was awesome,” Magny intimated. “I made a pact with myself to pursue my dream. I spend all my time either training or finding ways to get better as an athlete. It’s definitely a good time for me, so I want to keep climbing the ranks and see where I can get in 2015.”

Magny carried his momentum into 2015, as he submitted Kiichi Kunimoto in the third round at UFC Fight Night 60 in Broomfield, Colo., right outside of his new hometown.

About three years ago, Magny made the move from the Chicago area to Denver. He has been training with the Elevation Fight Team, alongside fellow UFC competitors Nate Marquardt, Brandon Thatch and Cat Zingano. The experience has had such a profound impact on his career that he has made Denver his home.

“Living close to the mountains is nice, because there are so many sports to do,” Magny explained. “I like mountain biking, hiking, things like that. Those things have been great being in Colorado. I’m looking at buying a home and everything else, so I see myself being in Colorado for a while now.”

The people of Colorado have been very supportive of Magny as he continues his successful run in the big show. In addition to a great base of training partners and fans, coaches Leister Bowling, Christian Allen and Loren Landow have continued to work on the engine to make sure it is always producing the most horsepower.

Magny’s next battle is this weekend as he faces a very tough Korean fighter, Hyun Gyu Lim, at UFC Fight Night 66 in the Philippines. This will arguably be his toughest opponent yet.

Lim is a nasty striker, and like Magny, is an unusually large welterweight. Lim stands 6-foot-2 to Magny’s 6-foot-3, and has a 79-inch reach, which is just one-inch less than Magny’s. Lim has bounced between 170 pounds and 185 pounds for most of his career, so he is used to fighting bigger opponents like Magny.

With a background in wrestling and a purple belt in Brazilian Jiu-Jitsu, Magny has always been proficient in the ground game, but his striking has come a long way. Allen is his striking coach, and has prepared him to be very confident going into battle on Saturday.

“I’ve been working a lot on my striking for the last few years,” Magny said. “I feel this fight is a good fit for my abilities and my fighting style. I’m able to take the fight wherever it goes, and push a pace that most guys aren’t going to be able to handle. I’m pretty confident I can take this fight wherever I want it to go.

“I haven’t had to take much hits, if any, because of my range. Well, this guy’s a little bit taller, so I’ll need to work on my footwork and try to land some big shots.”

Magny is now on a six-fight winning streak, and a win over Lim will stretch that streak to seven. While he understands the new system and how things work with Reebok, he is backing off his current goals a bit and just focusing on winning every fight the UFC brass sends his way.

“I wanted to fight for the title in 2015, but it might be a little more difficult now, with the rankings,” Magny explained. “I’m sitting at No. 15 right now, and it will be a little more difficult to do this, but I’ll fight anyone. It’s definitely not something that I’m worried about. I just need to go in there and get the experience in the cage and be ready for my shot at the title when it comes.”

If Magny continues to string together wins, there is no question that a title shot will eventually come. At 27 years old, there is no rush, so he needs to stay patient and focus on one fight at a time. He has no plans to veer off course this weekend. As for what fans can expect as he continues to fire on all cylinders….

Neil would like to thank all of his coaches and training partners at the Elevation Fight Team, as well as his family, friends and sponsors: Hayabusa MMA, Planet Green Cremations, KO Reps, SmartStop Self Storage, Versa Climber, TRX, Parts Express and SanNation.com. Follow Magny on Twitter: @NeilMagny
Advertisement