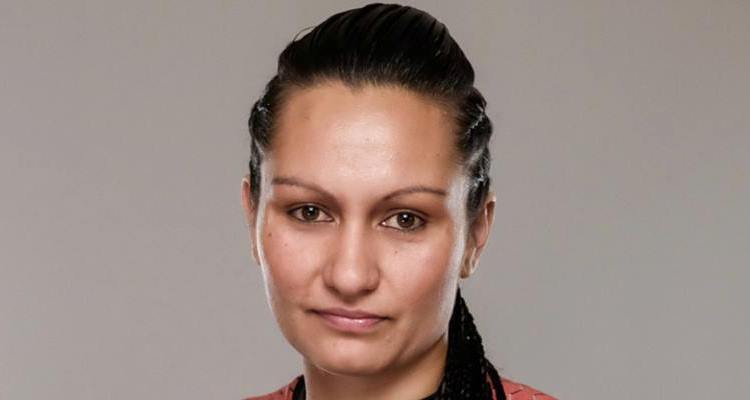 The life of a fighter is often filled with uncertainty. When is the next fight coming? Where will the fight take place? How will the judges interpret the action that is going on inside the cage?

There is so much to worry about that will, in the end, impact their ability to earn money and provide for their families. Once a fight is announced and a contract is signed, some of the uncertainty drifts away. The focus is no longer on the what-if and instead becomes about the when.

Everything was set for Faith Van Duin to fight in December at Invicta FC 10. It became a matter of when she would make her debut with the world’s biggest women’s mixed martial arts company. She had made the trip halfway across the globe and was ready to go to war. Unfortunately, uncertainty reared its ugly head again and things didn’t exactly go her way. Charmaine Tweet was not cleared to fight for their Dec. 5 outing, and Van Duin was left without an opponent and without a chance to showcase her skills.

“When I first got told the news, I really thought they were just teasing me and playing around, because I had just done all my interviews and photo shoots and I had just seen them five minutes before being called up to the office. Then, I get told I wasn’t fighting,” Van Duin recalled to Combat Press. “All I could think about was all the hard work my mum and dad did to get there and all the fundraising we had done.

“We were all on such a huge high, and once I was told the fight was off, everyone from my team felt like a huge bubble popped and all the joy and excitement was gone. But all the prep and effort and time that were put in for that fight has rolled over to this one and just means there will be double the pain put on my next opponent.”

For her debut in the Invicta cage, Van Duin meets Amanda Bell on April 24 at Invicta FC 12. This will mark the first time Van Duin has competed outside of the Oceania region.

“I feel like it’s my time to shine and that all the waiting is going to be worth it,” Van Duin said. “I am feeling super excited and also super nervous. Fight night is near, and I’m pumped and ready.

“Honestly, after not fighting last time, it has made me hungrier and more aggressive than before. So, I think the reason for this layoff has definitely lit a fire under me.”

With a victory over Bell, Van Duin could potentially secure a date with dominant Invicta featherweight champion Cristiane “Cyborg” Justino.

“I didn’t really know it was a No. 1 contender fight,” Van Duin admitted. “Well, not officially anyways [laughs]. Has it put more pressure on me? No, as fighting the champion has always been one of my goals, the only pressure I really have had through all of this is being a good mum and being there for my girls.”

Although, in terms of professional bouts, Bell has fought the same amount of times as Van Duin, it’s her amateur career of six wins and one loss that gives her more experience than the Kiwi. Even though Bell may have more cage time than Van Duin, it doesn’t change a thing about how Van Duin sees this weekend unfolding.

“Honestly, I am not thinking about what Amanda can do and her fight record,” Van Duin said. “All I know is I’m coming for the win and this fight is mine. Winning this fight would mean one step closer to my goals of becoming world champion. And that means the world to me, as this will show everyone — and myself — that anything is possible with hard work and dedication.

“My whole fight career is for [my kids], as they are the reason I started fighting — to show them that anything is possible if you put your all into it and never give up. They are my reason for all I do.”

Van Duin fights out of New Zealand, where sponsorship for combat-sport athletes is close to nonexistent. Therefore, she had to look at other ways to raise money for her fight camp. She turned to crowdfunding to help out with expenses related to her fighting career. The support she received from the general public was overwhelming, and it proved that while mainstream vendors may not want to sponsor a fighter, there are certainly people that want to see her do well.

“[It’s] very hard just to find the time to sort everything, as with the girls, work and training, I really don’t get much time left in the day,” Van Duin explained. “Once I do sort something, though, everyone around me who supports me is quickly on board, which is amazing. I also have a ‘Give a Little’ page, which people from all over have been donating to, which has helped a lot as I have only one income and I don’t want my girls to miss out because of what it takes to be a professional fighter.

“I will continue to fundraise to help with my training camps [and] my team’s traveling expenses, and I just thank all those who have supported with my fundraising and allowing me to go after the world featherweight title.”

Lately, New Zealand has seen a surge in success in the combat-sport arena. With fighters competing in various promotions all over the globe, the support from the passionate fan base has grown over the years. Van Duin’s own dream would come true if she gets a chance to fight for a world championship in the future. It would also allow her to give a little something back to her country’s eager fans.

“When I win, it will show everyone that I am here to stay,” Van Duin said. “My determination and commitment is going to pay off, as my eye is on that world title. And whether it be in my next fight or down the line, that belt will be coming back to New Zealand with me.”