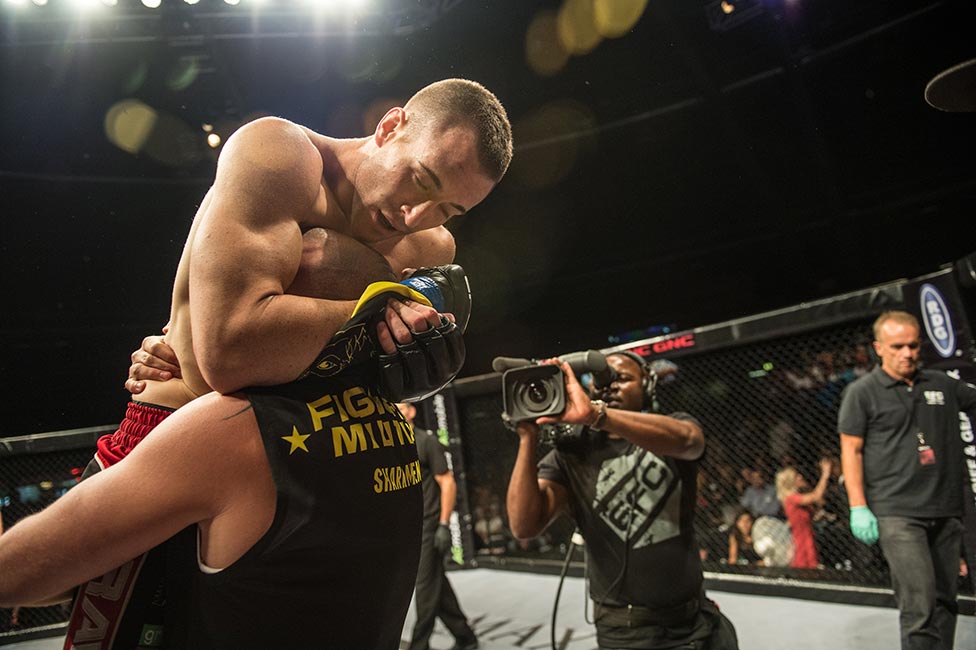 The event was headlined by a featherweight title fight pitting champion Boyd Allen against challenger Wesley Hawkey. This bout was the second time the pair had locked horns, with Allen coming away with a first-round submission victory at EFC 23 on Sep. 12, 2013, the last time that the pair met.

Allen, who was undefeated under the EFC banner, won the featherweight strap at EFC 32 when he defeated Barend Nienaber with a rear-naked choke in the second round. Of his eight victories inside the Hex, seven had come by way of submission. Allen’s six-fight winning streak was put to an end when he fought to a split draw against Don Madge at EFC 30. However, he had gone on to win back-to-back fights.

Since the last time that he met Allen, Hawkey had posted three wins in a row to set himself up for the rematch and a shot at the EFC featherweight title.

EFC 38 kicked off Saturday with the preliminary card at 16:15 CAT.