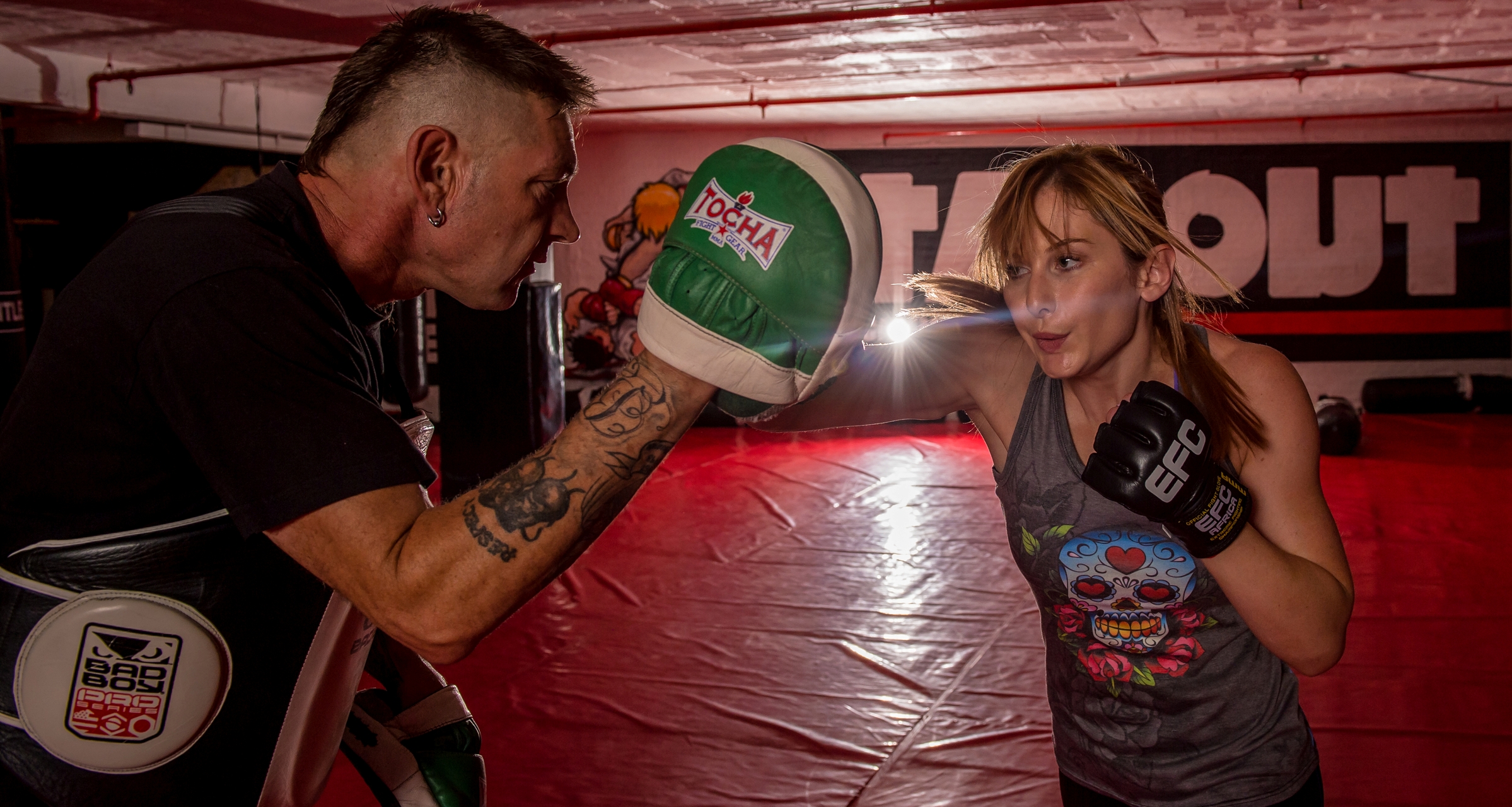 EFC 37’s Danella Eliasov: Blazing a Trail as a Pioneer of Women’s MMA in South Africa

The human mind is a complex and unpredictable beast.

Inside the minds of some people, the fight goes on daily. It’s not easy to understand unless you’ve been there and grappled with those internal struggles. When things get tough and thoughts run rampant, it can feel like there is nobody who can help. It can feel like being four rounds down in a five-round championship fight.

One of the first things that a person needs to master in any combat sport is the art of defending themselves. It’s the basic human instinct of survival that can change the pace of a fight in a matter of seconds.

Not everyone is naturally prepared to fight back, though. Some will need to learn self-defense. The same is true in matters of the mind. That’s what Danella Eliasov’s career is all about. She helps people who need it the most. All the while as she prepares for the biggest physical fight of her life, she helps others fight their own psychological battles.

“People are often shocked to find out that I am a psychiatrist and an MMA fighter,” Eliasov told Combat Press. “I have been told that I can’t do both, but I know I can. I think there is a misconception that MMA fighters are thugs who brawl on the streets. I am hoping that as MMA reaches the mainstream in South Africa, people will realize that we are disciplined athletes.”

A lot of professional fighters also have a job to make ends meet in between fights, but their primary focus is often on honing their craft. Eliasov, on the other hand, has a career. This makes for a different ball game when it comes to juggling work, life and training.

“My work as a doctor takes priority, so I don’t allow my training to compromise my patient care. However, as a psychiatrist, I believe it’s important to have a balanced life, as the job can be extremely taxing and the work can be all-consuming at times,” Eliasov explained. “Training and competing in MMA gives me a space to relax, forget about work and enjoy myself. I believe that this makes me more efficient as a doctor. Moreover, exercise is good for the brain and helps with some mood disorders. I always encourage my patients to exercise and live balanced lives, so I need to practice what I preach.”

Although her upcoming bout at Extreme Fighting Championship 37 on Feb. 21 against Zita Varju is set to be her professional debut, Eliasov has competed once before as an amateur. In her amatuer bout, Eliasov walked away with a first-round submission victory in the co-main event of the evening.

“It was a surreal but wonderful experience,” Eliasov admitted. “My first fight was one of the best nights of my life. All the hard work and training paid off, and being part of women’s MMA history in South Africa was an honor. My upcoming bout will be my professional debut. Until now, no professional women’s division existed in [South Africa].”

Eliasov will be the first South African woman to fight under the EFC banner, and her fight at EFC 37 is also the very first women’s bout of the promotion’s history. It’s an important step for mixed martial arts in the region, and it’s one that Eliasov hopes to replicate again before the year ends.

“Lots of mixed emotions,” Eliasov revealed. “I am very excited, but with this amazing opportunity comes great pressure. I owe it to myself and the other South African female fighters to put on a great performance and show the world that South African women are a force to be reckoned with. I am pretty sure Zita and I will put on a spectacular fight. Fans can expect me to give this fight everything I have.”

When she steps into the EFC’s Hex on Feb. 21, it will not be the first time that Eliasov has been part of the EFC experience. After seeing firsthand what it is all about to be an EFC athlete, as well as seeing the experience that fans get from the stands, it was only a matter of time until Eliasov would get her chance to be the one on center stage.

“I have been attending EFC events since they started out in 2009, both as a fan and cornering fighters,” Eliasov said. “From the very first event, I became determined to fight for EFC. Prior to the inception of EFC, most MMA events in South Africa were fairly underground. Dingy venues with poor pre- and post-fight medicals, and meager purses were the norm. EFC always puts on a well-run, spectacular event. It’s an honor to finally fight for them.”

Danella would like to thank her coaches and training partners — Liam Cleland, Paul de Vos, Dennis Ovinca, Gert Strydom and Wiekus Swart — who have taught her so much and have been an amazing support system throughout her fight camp. She would also like to thank Hunter MMA for training gear and clothing sponsorship. She would also like to extend thanks to Jess Mouneimne for all the help with social media and sponsorship campaigns. Follow Eliasov on Twitter: @DanellaEliasov
Advertisement