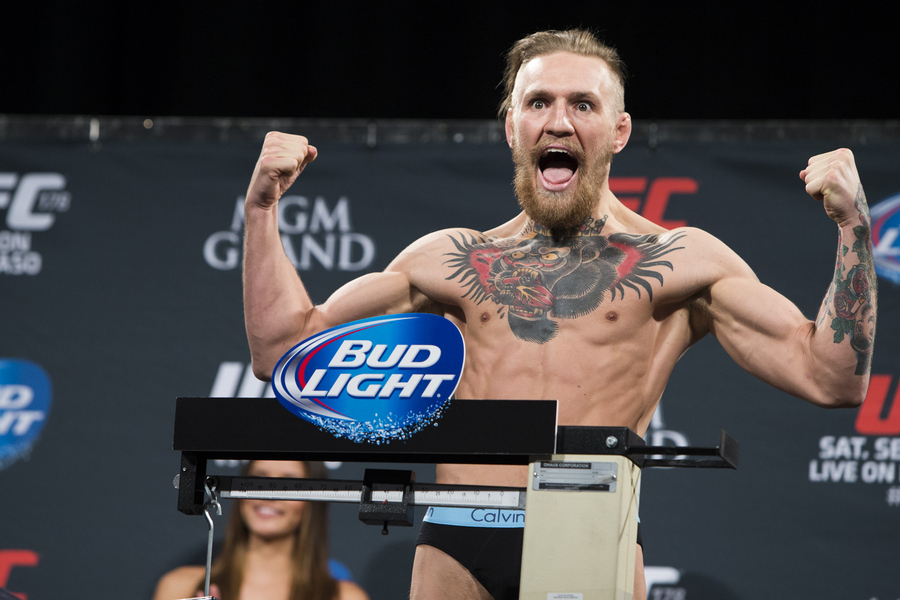 On Saturday, Jan. 17, the UFC will host the weigh-ins for UFC Fight Night 59: McGregor vs. Siver which takes place Sunday, Jan. 18, from the TD Garden in Boston.

In the night’s main event, Irish featherweight Conor McGregor will look to lock up a 145-pound title shot when he squares off with German-Russian fighter Dennis Siver. The 26-year-old has taken the promotion by storm, reeling off four straight wins, including three by first-round stoppage. Fourteen of his 16 career wins have come via strikes. The veteran Siver will look to play spoiler and build off his UFC Fight Night 53 win over Charles Rosa in October.

The co-main event features former lightweight champion, Benson Henderson, who hopes to rebound from just the fourth loss of his career in July to current No. 1 contender Rafael dos Anjos. Facing off with Henderson will be a familiar face, as Donald “Cowboy” Cerrone steps in on just two weeks’ notice to face Henderson for a third time. Henderson edged Cerrone for the WEC title at both WEC 42 and WEC 48. Cerrone bested the previously unbeaten Myles Jury at UFC 182 on Jan. 3.