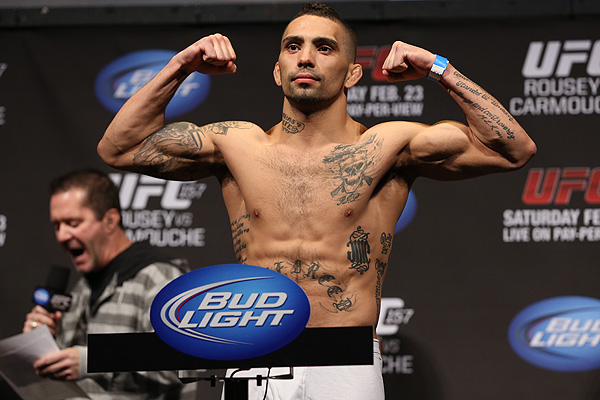 The World Series of Fighting is back in action on Saturday, Jan. 23, with its 27th event from The Theater at FedExForum in Memphis, Tenn.

In the night’s main event, Strikeforce, UFC and ONE Championship veteran Caros Fodor will make his promotional debut. He’ll clash with Brazilian Luiz Firmino, who will enter the cage riding a five-fight winning streak. Fodor opened his Strikeforce tenure with five straight wins, but after falling to Pat Healy, he fell to Sam Stout in his lone UFC appearance. He rebounded under the ONE banner, winning three of his four appearance. Firmino, meanwhile, has scored back-to-back wins inside the WSOF cage over UFC veterans Jacob Volkmann and Tyson Griffin. He also holds a win over two-time WSOF title challenger Luis Palomino.

The co-main event features light heavyweights Teddy Holder and Shamil Gamzatov. Holder will look to bounce back from a loss to current WSOF light heavyweight and middleweight champion David Branch. The pair met in the promotion’s 205-pound tournament final after Holder shockingly stopped UFC veteran Thiago Silva in the semifinals. The Russian Gamzatov will be making his promotional debut. The 25-year-old carries an unblemished record of 9-0, with all of his wins coming before the final bell.

The fighters hit the scales on Friday at 6 p.m. ET. A live feed and results appears below.