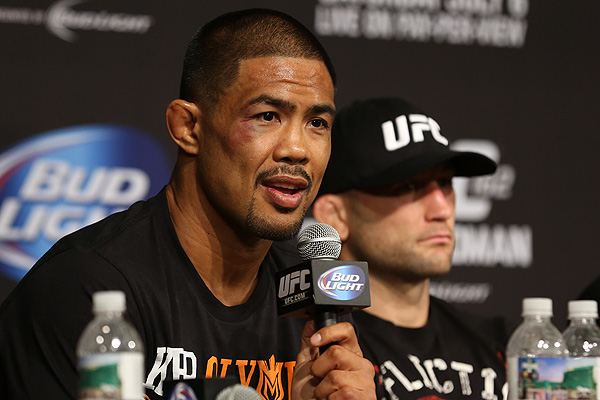 On Wednesday’s addition of UFC Tonight, it was announced that Mark Munoz will make his return to the Octagon at UFC 184 to face Caio Magalhaes. However, just hours after the announcement, Munoz’s opponent has changed. Due to an infection in his mouth, Magalhaes had to withdraw from the bout and was replaced by Brazilian Roan ‘Jucao’ Carneiro.

Carneiro will be making his return to the UFC after going 3-0 at the one-night, eight-man Battlegrounds MMA event in October. In the eight-man tournament, Carneiro defeated Randall Wallace, Trey Houston and UFC-veteran Brock Larson to win the grand prize of $50,000. In his first stint with the UFC, Carneiro went 2-3, earning victories over Rich Clementi and Tony DeSouza.

Munoz will be making his return to the Octagon after being inactive for almost nine months. He took on perennial top-10 middleweight Gegard Mousasi at UFC Fight Night 41 in Germany on May 31, 2014. On that night Munoz suffered his second straight loss, losing by submission in the first round. Munoz is 2-3 in his last 5 bouts.