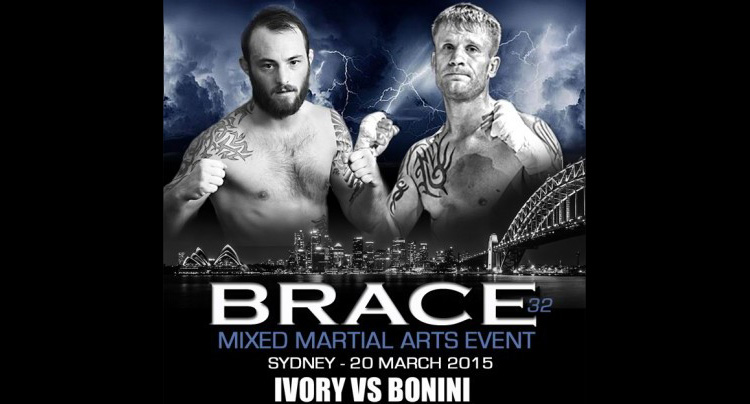 Following the successful 2014 BRACE championship tournaments, the promotion has continued with its championship series format leading into 2015. Over the course of the year, eight fighters will compete in a knockout tournament with the finals being contested on BRACE’s end of year grand final show to crown the annual champion across six weight divisions.

Combat Press has learned from sources close to the event that the BRACE bantamweight brackets are almost complete, with seven of the eight competitors confirmed. The final competitor is set to be revealed in the coming weeks. The competitors vying for the 2015 bantamweight championship are as follows:

The Storm MMA product Cross has competed at both welterweight and featherweight in the past and will be making his bantamweight debut. All three of his career wins have come by way of first-round submission, with the hold of choice being the rear-naked choke. Cross competed in the finals of the Storm Damage one-night elimination tournament for the promotion’s featherweight title, but fell short against Steve Reeks.

Ireland’s Ivory has had mixed success throughout his career and has yet to pick up a win on Australian soil. In the 2014 bantamweight tournament he fought Jordan Lucas to a unanimous decision loss. The Carlson Gracie fighter took over three years off before his fight with Lucas.

The Canberra-based McKinnon is undefeated as a professional with both wins coming under the BRACE banner. The Phoenix Gym product boasts two first-round submissions on his record, with both coming by way of rear-naked choke. McKinnon’s will be making his bantamweight debut.

Three of the opening round match-ups have been confirmed by BRACE as Cruz meets Baskin and Bonini takes on Ivory — both at BRACE 32 — while McKinnon will clash with Cross at BRACE 34.

Combat Press can also reveal that Ali Cevik and Regan Wilson are also confirmed to appear on the BRACE 32 card on March 20. Opponents for both fighters are yet to be confirmed.

The contenders for the remaining weight divisions are set to be announced in the coming weeks.