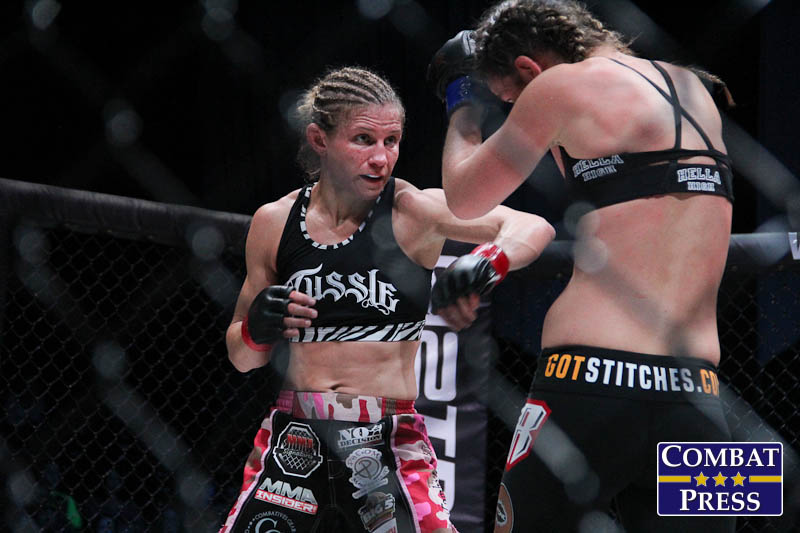 Welcome to the latest edition of the Combat Press Mid-Week Report! In this episode, staff writers Eric Reinert and Riley Kontek will recap UFC 179 and Bellator 130 and preview Invicta 9 and Titan FC 31.

On a night of less-than-exciting contests, which of the UFC 179 undercard fighters came out looking the best? Now that Jose Aldo has bested Chad Mendes for the second time, is there anyone in the featherweight division that can provide him a real challenge for his belt? And what’s next for “Money” himself?

Friday’s Titan FC 31 event emanates from the USF Sundome in Tampa, Fla. The night’s prelims begin on CBSSports.com at 8 p.m. ET, followed by the main card at 10 p.m. ET on the CBS Sports Network.

Invicta 9 takes place Saturday from the RiverCenter in Davenport, Iowa. The entire card can be streamed on UFC Fight Pass beginning at 9 p.m. ET.