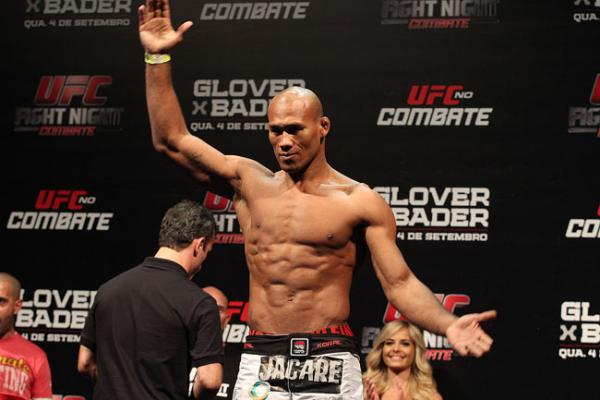 On Thursday, Sept. 4, the UFC will host the weigh-ins for UFC Fight Night 50: Jacare vs. Mousasi 2 which takes place Friday, Sept. 5, from the Foxwoods Resort Casino in Ledyard, Conn.

The night’s main event will feature a long-awaited rematch between Ronaldo “Jacare” Souza and Gegard Mousasi. The two former Strikeforce champions met previously under the DREAM banner in 2008 with Mousasi scoring a knockout via upkick. Since then, Jacare has torn through every fighter put in front of him inside the Octagon. The Brazilian currently rides a six-fight winning streak with five of the wins coming before the final bell. Mousasi, meanwhile, saw his aspirations for UFC gold take a step backwards in February with a decision loss to Lyoto Machida, but the Dutch-Armenian fighter bounced back in May with a first-round destruction of Mark Munoz.

In the co-main event, another former Strikeforce title holder will be in action as heavyweight Alistair Overeem takes on Ben Rothwell. Overeem snapped a two-fight skid in February with a decision win over Frank Mir at UFC 169. Rothwell has been out of action since a third-round stoppage of Brandon Vera at UFC 164 last August.

The fighters will hit the scales at 6 p.m. ET on Thursday. A live video feed appears above (courtesy of the UFC), while the results appear below.