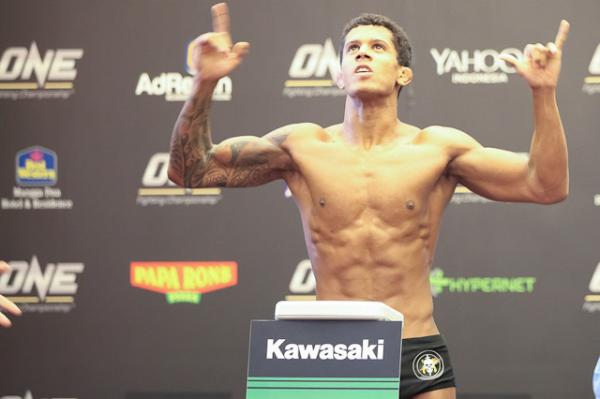 ONE FC 20: ‘Rise of the Kingdom’ Weigh-in Results

On Thursday, Sept. 11, ONE FC hosted the weigh-ins for its 20th event, dubbed “Rise of the Kingdom,” which takes place Friday, Sept. 12 from NagaWorld in Phnom Penh, Cambodia.

In the night’s main event, the promotion will crown a flyweight champion as Brazilian grappling ace Adriano Moraes clashes with Filipino fighter Geje Eustaquio. Moraes The 25-year-old Moraes has scored back-to-back submission wins over Kosuke Suzuki and Yasuhiro Urushitani inside the ONE FC cage. Team Lakay’s Eustaquio also rides a two-fight winning streak into the contest, having edged both Kentaro Watanabe and Eugene Toquero on the scorecards.

The co-main event of the evening will feature Strikeforce and UFC veteran Caros Fodor against veteran Dutch fighter Vincent Latoel. Fodor got back in the win column with a first-round submission win over Willy Ni in last ONE FC appearance, while Latoel stopped Eddie Ng via strikes.

The nine-fight card also features the opening round of the promotion’s Cambodian Featherweight Grand Prix.