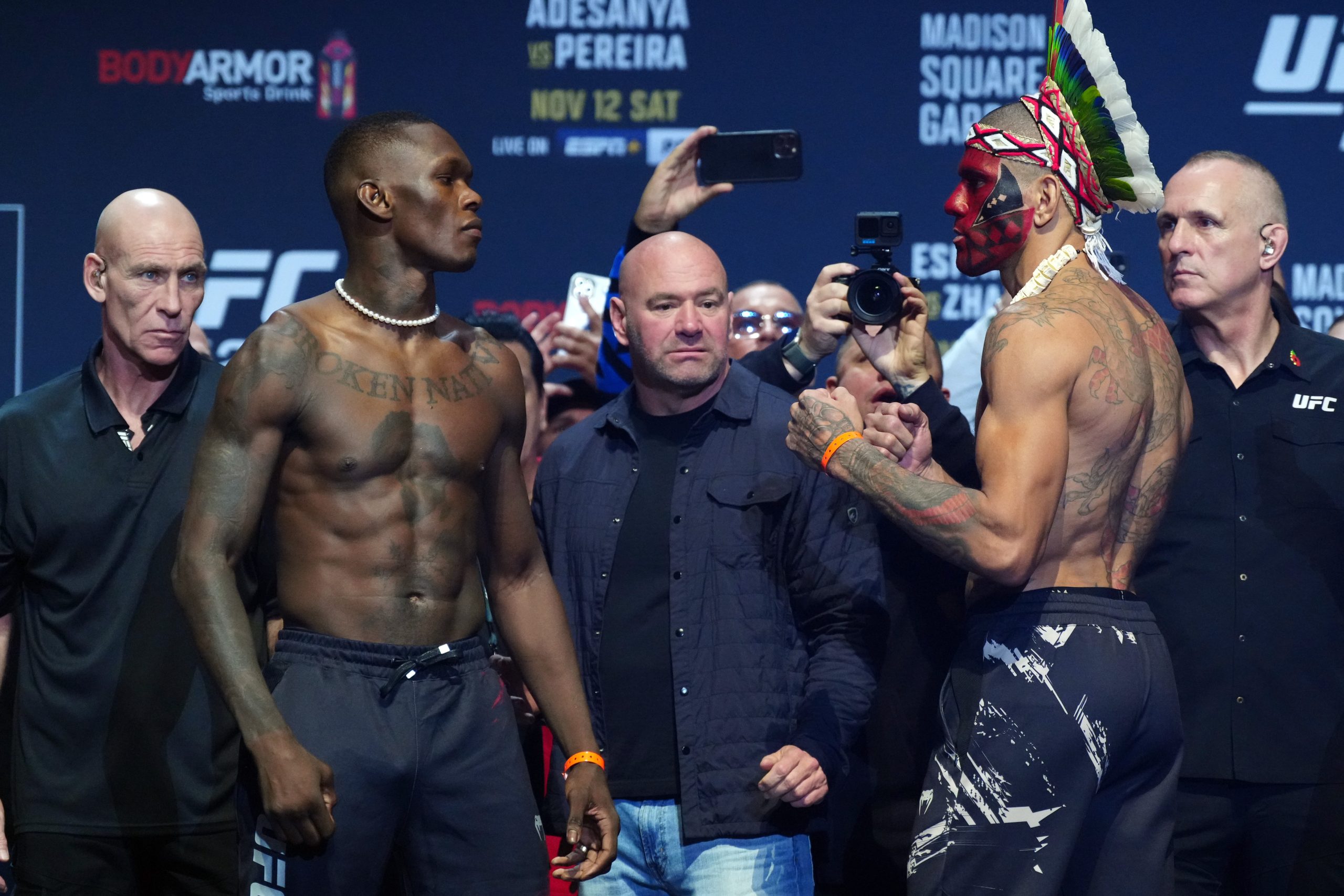 A few men stood out in 2022 as the best of the best. From dominant decisions to devastating knockouts and spectacular submissions, this was the year that Alexander Volkanovski, Islam Makhachev, and Alex Pereira separated from the pack.

Alexander Volkanovski began the year with a fourth defense of his featherweight title, stopping Chan Sung Jung in the fourth round after battering “The Korean Zombie” for nearly 16 minutes. He then faced his rival, and former champion, Max Holloway for the third time, after the pair had engaged in a couple of highly competitive bouts. The trilogy ended decisively, with Volkanovski soundly defeating Holloway by decision, where he dominated the Hawaiian en route to a clean sweep with 50-45 on all three scorecards. That brought his winning streak to 22 consecutive victories, including all 12 of his UFC contests. Volkanovski’s first opponent in 2023 will be the other runner-up in this category, as he takes on lightweight champion Islam Makhachev to try and become a two-division champion.

Makhachev fought twice in 2022, and neither of those bouts went the distance. He needed just three minutes and 23 seconds to dispose of Bobby Green, a short-notice opponent, in his first fight of the year. It was an absolutely dominant performance, where, from the opening bell, the outcome was never in doubt. That victory earned him a title shot against the UFC’s all-time submission leader, Charles Oliveira. Makhachev would go on to claim the belt by submitting Oliveira via arm-triangle choke in the second round of their clash. A finish of that magnitude not only capped off an impressive year but also fulfilled the prediction of former champion Khabib Nurmagomedov, who, upon retirement, anointed Makhachev as the heir apparent.

While both of these men had standout years, neither was quite as impressive as Alex “Poatan” Pereira. The former two-division GLORY Kickboxing world champion took the UFC by storm in 2022, notching three victories on his way to becoming the undisputed middleweight champion. His first victory was a decision win over Bruno Silva, which set him up for a showdown with a top ranked opponent. That opponent was the always dangerous Sean Strickland, who entered their showdown on a six-fight winning streak.

Pereira dispatched of Strickland inside the first round of their contest at UFC 276, the same night his kickboxing rival, and, then, UFC middleweight champion, defeated Jared Cannonier to retain the championship. That set up the third showdown between the two world class kickboxers, as Pereira holds the distinction as the only man to knock out “The Last Stylebender,” but in kickboxing.

After four rounds of their fight at UFC 281, it seemed as if Adesanya was going to cruise to a decision victory. Buoyed by an emphatic speech in the corner between the fourth and fifth rounds, Pereira came out with a fire and took the fight to Adesanya. His power clearly carried late into the fight, and, after hurting the champion, he was relentless and threw a flurry of thunderous punches that left Adesanya unable to defend himself. Referee Marc Goddard was forced to step in and call off the fight. That makes it 3-0 for Pereira in the rivalry, notching a mixed martial arts victory to go along with the two kickboxing wins.

The three big wins, and the title victory over Adesanya, earned Pereira the 2022 Combat Press MMA Award for Male Fighter of the Year.