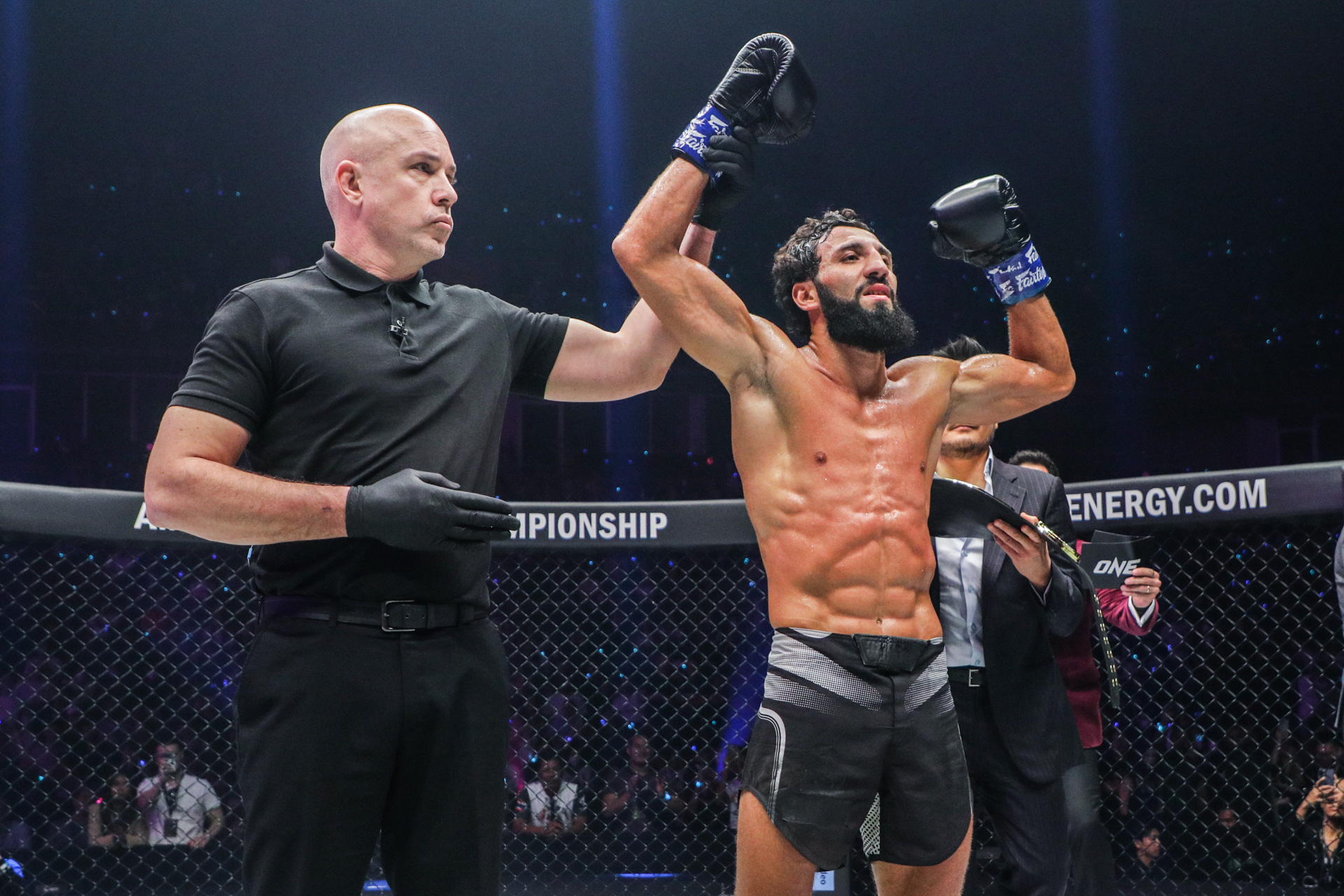 There’s a new pound-for-pound king of the kickboxing world. Chingiz Allazov unseated Superbon Singha Mawynn for the ONE Featherweight Kickboxing World Championship at ONE Fight Night 6 this past Friday, Jan. 13, in stunning fashion, and he now sits high atop the mountain.

Ironically, the Azerbaijani-Belarusian star’s road to the crown started with a debut loss inside the  ONE Championship Circle. After suffering a narrow defeat to Enriko Kehl in Apr. 2021, Allazov regrouped with his coach and then entered the ONE Featherweight World Grand Prix.

He went on to dominate the illustrious tournament, scoring three incredible wins to earn his shot at Superbon’s gold.

Following his World Title victory, Allazov credited his trainer for the support he has offered him throughout his ONE tenure.

“I talked about this tournament with my coach. My Coach told me, ‘Chingiz, you’re one of the best kickboxers on the planet, but if you don’t focus your mind, you’ll lose a second time. Please focus 100% and trust me, and I will trust you, and we will go up and we will win this tournament,’” he said.

“Chinga” used those sage words to develop himself in all the right places, with special attention being placed on his mindset.

He then broke down Superbon’s style to a tee in the lead-up to Friday’s main event tussle and tailored a perfect gameplan to best the Thai superstar.

If Tawanchai is a possibility, it would likely have to be in kickboxing, according to Allazov. He has competed in Muay Thai before, but his focus is on his chosen sport – and he welcomes the Thai to come and try to take his gold.

“Maybe Tawanchai wants to come to my weight, and fight with me in kickboxing, no problem. Welcome! I say, I like this. This is welcome, I said it before,” Allazov said.

Featherweight may be the deepest division in all of combat sports, and Allazov knows he has many challengers waiting in the wings, but there isn’t a clear-cut contender.

That said, he does have an old rival’s name in his mind for the first shot at his ONE gold.

“My division has many fighters. I said before, Sitthichai is one of the best kickboxers in the world. Really. Before he was a pound-for-pound kickboxer,” Allazov said.