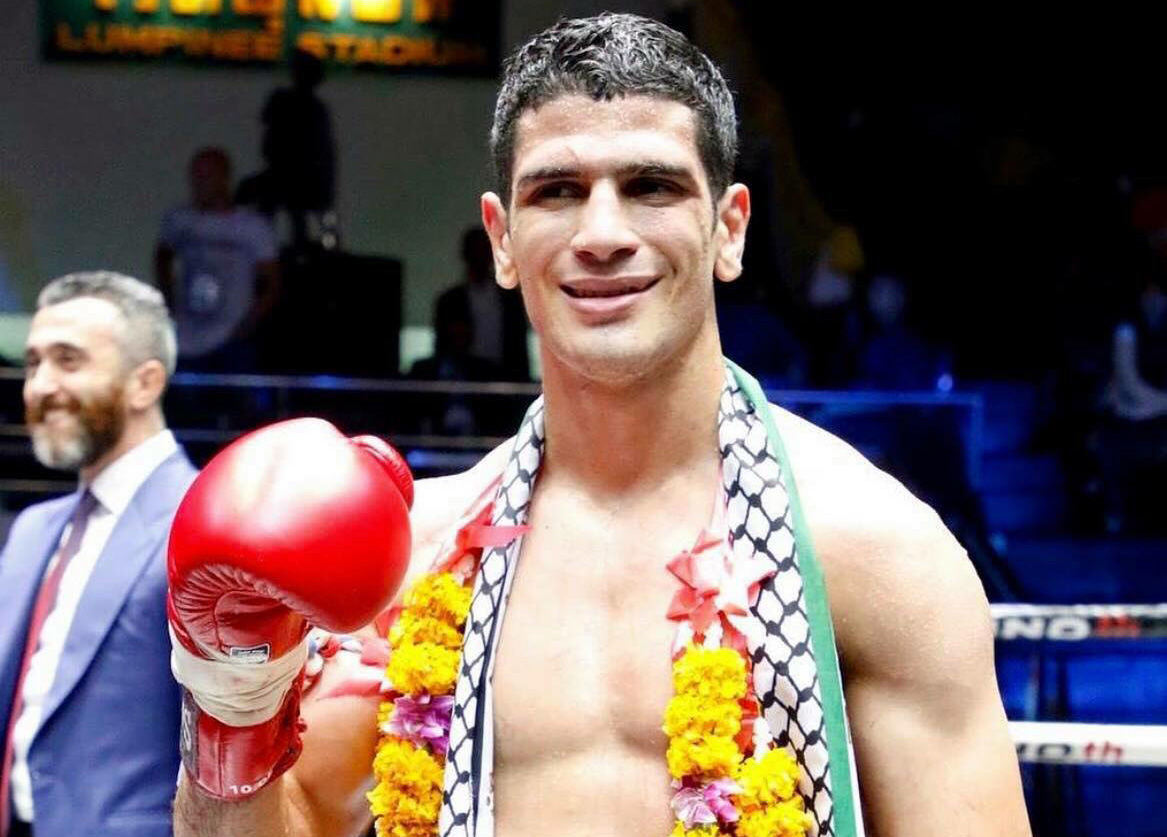 Sunday’s UFC event in Liverpool was a perfect example of how far MMA judging has to go. Hometown-fighter Darren Till inexplicably took a unanimous decision victory over former welterweight title challenger Stephen Thompson. The scorecards included two 49-46 tallies in Till’s favor, yet 22 of the 25 media outlets covering the event scored the fight for Thompson (including our own Rob Tatum). Till, who missed weight by more than three pounds, won the fifth and final round of the contest, but it’s hard to see him winning three, let alone four rounds of the fight. The result leaves the 170-pound ranks a total mess, as there will be very few people outside of the judges and the Liverpool crowd who will be clamoring for Till to get a title shot after such a lackluster performance.

The rest of Sunday’s action was up and down. Arnold Allen pulled off a hail-mary ninja choke submission in the third round to defeat Mads Burnell in a fight he was clearly losing. Makwan Amirkhani and Jason Knight put on one hell of a show for the first round, but Amirkhani went to his wrestling in the final two frames after getting repeatedly dropped by Knight in the opening stanza. Claudio Silva returned for a four-year absence to submit Nordine Taleb. Also returning to the cage after a lengthy injury layoff was Tom Breese, who defeated Brett Favre… err, Dan Kelly by first-round TKO. Finally, TUF 26’s Gillian Robertson spoiled the Octagon debut of hometown fighter Molly McCann, choking her unconscious in the fight’s second round.

Bellator held its 200th event this weekend, also across the pond in London. Former Strikeforce champion and UFC veteran Gegard Mousasi ran through Rafael Carvalho inside of a round to claim the promotion’s middleweight title. The result makes you wonder, why did the UFC let Mousasi get away?

In the history of the two major national Muay Thai stadiums in Thailand, Rajadamnern, which was built in 1945, and Lumpinee, which was opened in 1956, there has never been a fighter born outside of Thailand to simultaneously hold both the Rajadamnern and Lumpinee stadium titles. That was until Tuesday at Phoenix 8: Bangkok where Belgian-Morrocan fighter Youssef Boughanem completed the historic feat by becoming the first Farang (foreigner) to hold the belts at the same time in the more than 61 years since the stadiums were constructed.

Boughanem was met with a stiff challenge when he fought for the vacant Lumpinee stadium middleweight title against the current super welterweight champ Talaytong Sor. Tanaphet. Boughanem entered the fight as the Rajadamnern and Omnoi stadium 160-pound champion. At 27, Boughanem had already manufactured one of the greatest Muay Thai careers from a non-Thai fighter in the sport’s history. He continued to prove why when the opening bell rung in the first round. Talaytong was a game opponent for about two rounds. However, after that, it was destructive one-way traffic from Boughanem. His corner wasn’t happy with his output following the third round despite clearly taking over the fight. So what did Boughanem do, he jumped into high gear and rolled over Talaytong for the fourth-round stoppage with a sustained beatdown of punches, kicks, knees and elbows. Boughanem even took his foot off the gas during one sequence where he likely could have flatlined his opponent. Instead, the referee was forced to step in when Talaytong was too tough for his own good. Boughanem became just the fourth non-Thai fighter to win a Lumpinee stadium title.

If you’re not a hardcore fan of the striking arts or Muay Thai, you have likely never heard of Boughanem before. However, do yourself a favor and do your research. Boughanem’s cyborg-esque, non-stop pressure style of fighting not only creates fun and entertaining bouts, but he is a fight-finisher of the highest order. With the victory, Boughanem pushed his outstanding Muay Thai record to 180 wins, 22 losses and three draws.

You can watch Boughanem’s historic win and the rest of the event here.

The world’s top featherweight kickboxer, Qiu Jianliang, further cemented his place in the top spot with a unanimous decision victory over the former No. 1 ranked featherweight and K-1 champion Kaew Weerasakreck, who has now lost three of his past four fights. The victory at Glory of Heroes was huge for the Chinese faithful who have been pushing for their fighters to be considered at the highest levels of the sport. Jianliang has now won 13 straight and 27 of his past 28 fights. There are two Japanese fighters who make sense as future opponents for Jianliang should K-1 and Glory of Heroes team up again for a collaboration. K-1’s current 65-kilogram titleholder Masaaki Noiri and 19-year-old super prospect Ren Hiramoto.

Fellow top featherweight Tie Yinghua picked up one of the biggest (if not the biggest) wins of his career when he knocked out multiple-time Lumpinee stadium champion Singdam YOKKAOSaenchaiGym with an incredible hook kick.

Top-10 lightweight Buakaw Banchamek was in action on Monday at All Star Fight 4 against a familiar foe, Kunlun Fight veteran Victor Nagbe. Buakaw previously defeated Nagbe at a show in Thailand in 2014. In the rematch, Buakaw reigned supreme in a slower-paced, technical affair. It’s not know where Buakaw will fight next, but whether its Kunlun Fight, Enfusion, or All Star Fight, the legend of kickboxing and Muay Thai will likely want to get another rematch against Jonay Risco, who defeated him earlier in the year to defend his Enfusion 70-kilogram title.

KHAOS.5 featured fights that reflect the name of the promotion. The K-1 group created KHAOS to develop veterans and build prospects in a development league, which falls under the same umbrella as K-1 and Krush. The third-tier league featured a number of exciting fighters and the fights certainly delivered big moments and even bigger knockouts.

There has been a void in the 70-kilogram division of top-tier Japanese fighters since Masato retired in 2009. The biggest names like Hinata Watanabe and Hiroki Nakajima fell short against the upper echelon foreign challengers. There might be a glimmer of hope from inside the promotion as Hiromi Wajima has been causing seismic activity with his thunderous knockouts and current winning streak. Wajima pushed his promotional winning streak to five straight with a second-round knockout over Katsuya Jinbo, who found himself face first on the canvas following a massive punch.

ESPN’s new streaming service, ESPN +, was home to the two major events in boxing this weekend.

First up on the bill were outstanding performances from two of the best fighters in Japan, and quite frankly, the world. Naoya Inoue, known as the “Monster,” lived up to that nickname, knocking out Jamie McDonnell in the first round to become the WBA world bantamweight champion. The win came in Inoue’s bantamweight debut, as he now has captured titles in three different weight classes. Inoue’s next contest will come as a participant in the World Boxing Super Series Bantamweight tournament, where he will be the clear favorite.

Saturday evening saw Top Rank’s partnership with ESPN continue with a main event that featured Filipino standout Jerwin Ancajas win a unanimous decision over Jonas Sultan. The two fighters failed to put on a great fight, as the styles of each clearly didn’t mesh. In the end, Ancajas won easily and the judges’ scorecards clearly reflected that. For Ancajas, the IBF world super flyweight title remains in his possession.

Elsewhere on the card, Khalid Yafai put away challenger David Carmona in the seventh round to successfully defend his WBA world super flyweight title. The win puts Yafai and Ancajas on the path to a super fight that would pit two of the best fighters in the world. It makes matters easy that both are working with Top Rank.