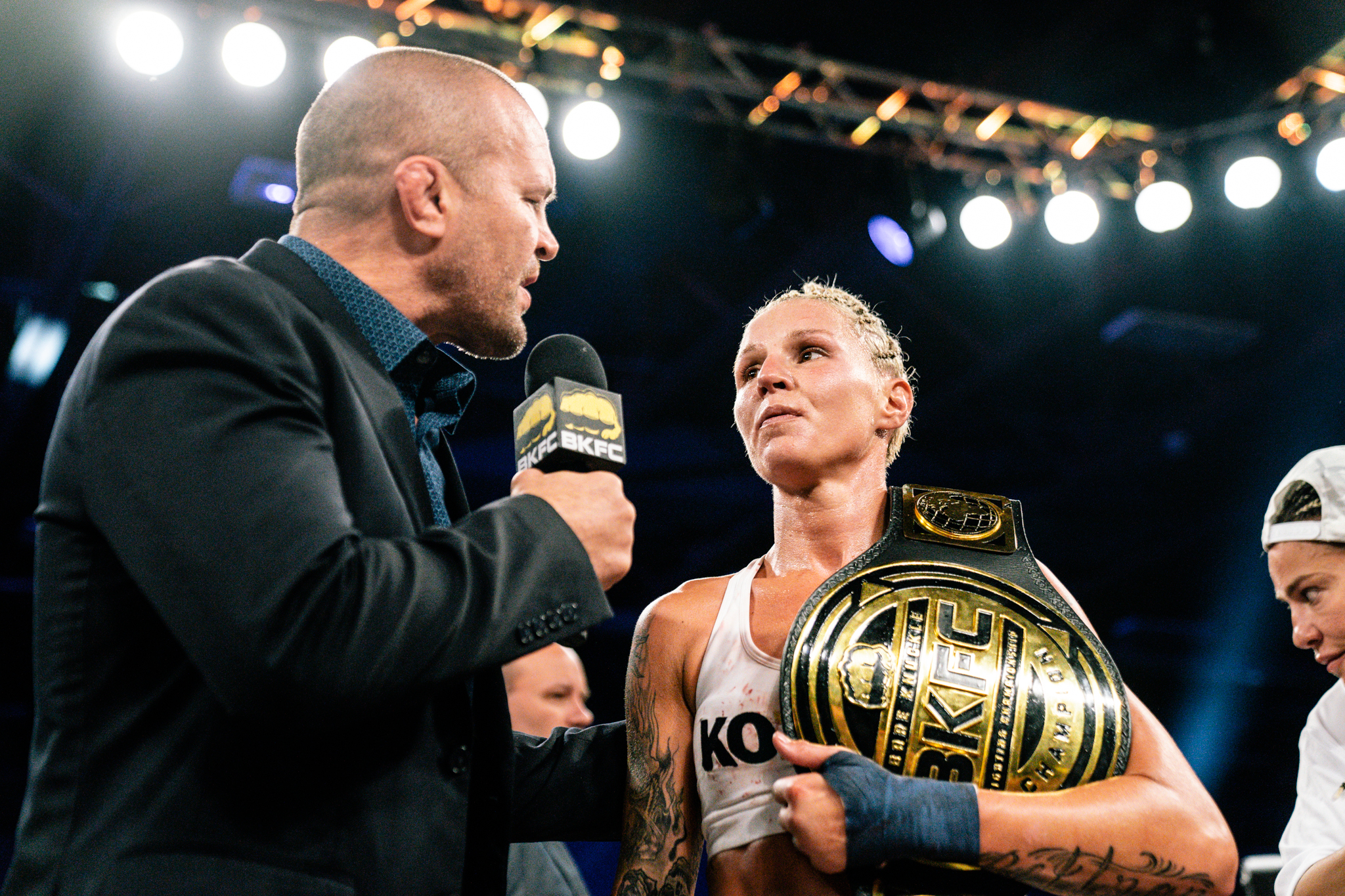 The Quiggin’ Out MMA Podcast is back with Episode 63, featuring Bare Knuckle Fighting Championship’s first strawweight champion, Britain ‘Hart’ Beltran. Beltran discusses her tenure with BKFC, what the future holds and how she wasn’t supposed to win. She also talks about finding love at BKFC, and what her life is like now that she’s three months removed from winning the championship.

Beltran just brings a swagger that isn’t cocky or outlandish. It’s from years of work and the time that she has put into herself and her life to make this a successful career move. They even discussed putting on a gi and what that means for her moving forward.

Please visit QuigginOutPodcast.com and support the show. Also, a special shout-out to La Barba Cubano for supplying some amazing beard oil, @Tim_MakesKnives on Instagram, Fat Boy Jiu-Jitsu and Bertsos Bakeshop for making some delicious treats. The show also welcomes their newest sponsor, The Concert Junkie. Feel free to check out their Shopify site and use promo code “Quiggin Out” for 15% off.