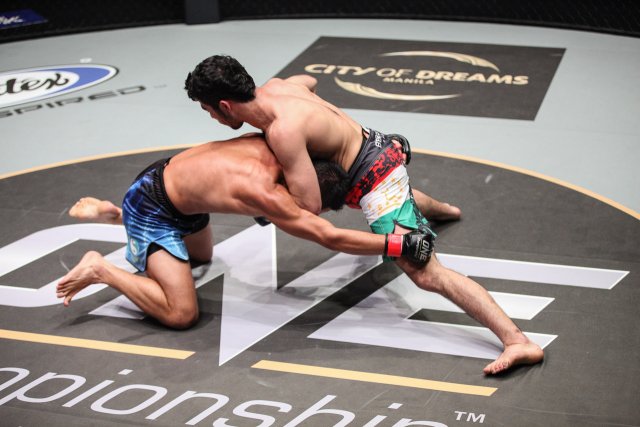 Five Men’s Bantamweight Prospects the UFC Should Sign in 2023

When it comes to activity and getting wins on the board since his debut in 2020, Austin Bashi may be one of the busiest young prospects in MMA. In two years, he’s fought eight times and has looked tough and competitive in each one of those bouts.

Bashi has a wrestling background and much of his fight time is spent on the mat. He’s very explosive and athletic, but also tough as he’s able to eat a shot or two on his takedown entry. He went 3-0 in 2022 and took on much stiffer competition this year to show he’s legit. He started off by finishing Erion Zekhti before scoring unanimous verdicts over Chris San Jose and Joe Penafiel.

Bashi is just 21 years old, which is crazy given how successful he has been in MMA thus far. He’s got a lot of time til his prime, but the UFC can ink him to the roster and build him up, the sky will be the limit.

Being the champion of the LFA is usually a first-class ticket to the UFC. In the case of Muin Gafurov, that should be no different, as the LFA bantamweight champion proved in 2022 he’s ready for a second chance after a 2021 Contender Series defeat.

Gafurov has big-show experience not only with LFA, but with ONE Championship, which is where he really put his name on the MMA map. The Tajiki fighter is known for his strong striking acumen, combining good power with some good technical prowess. After falling to Chad Anheliger at the Contender Series to close out his 2021, Gafurov stormed back in 2022, scoring highlight-reel knockout wins over Herbeth Sousa and Diego Silva.

Gafurov is just 26 years old and already boasts LFA gold, and seeing as he’s defended his LFA crown after winning it, I think he’s done enough to earn a call from Dana White. His brand of power striking is right up the UFC’s alley.

Dwight Joseph may sound familiar to you if you are a Contender Series fan, as the Liberian-American competed in the 2019 season of the show. The Team Alpha Male rep was not signed that day, but has since continued to prove he is ready to step up to the big leagues.

Joseph, like many Team Alpha Male guys, has a wrestling background and is a fantastic natural athlete. He’s very strong too, which gives him an edge when he fights, especially given his grappling heavy style. Joseph has not lost since 2016 (his lone defeat). He fought just one in 2022, where he scored a unanimous nod over fellow Contender Series veteran Taylor Moore.

Joseph has already had his face seen by the UFC brass, but it was several years ago and the guy he beat eventually made his way to the UFC roster. Joseph should have an opportunity to do the same, as he’s clearly superior to that fighter and is definitely UFC ready right now.

This spot was reserved for Luan Lacerda, but the last month of 2022 saw the UFC snap him up. Instead, his countryman and another top prospect in Jean Matsumoto makes this list, as he’s an undefeated prospect that would fit well in the UFC.

Matsumoto is very well-rounded, possessing a Brazilian jiu-jitsu brown belt and a strong background in striking. He has experience at flyweight, though I would argue I like him better at bantamweight. He had a strong 2022, scoring a 3-0 record to keep his record undefeated. He choked out Luan Matheus to start the year and followed that up with a unanimous nod over Carlos Henrique. He ended his 2022 campaign fighting under the LFA banner, scoring a big win over Inaildo Santos.

Matsumoto is exciting and skilled while still being a young fighter. He has all the tools to be a UFC roster member and could make a good run up the bantamweight ladder once signed by the promotion.

In 2020, Luis Rodriguez competed on the Dana White’s Contender Series and looked quite impressive, despite the fact he took a loss. He arguably could have won that fight, but regardless, Rodriguez impressed in that fight and is a guy that could put on some bangers in the UFC.

An exciting, effective striker, Rodriguez is incredibly aggressive coming forward and throws strikes by the dozen. He lands with great power and accuracy, which is what leads to most of his knockout wins. Since his loss to Jerome Rivera on the 2020 Contender Series, he’s won four straight including three in 2022 over Cesar Vazquez, Victor Moreno and Jaime Londono.

You could tell back in 2020 that Dana White liked Rodriguez and his style. I would assume he’s still a guy that Dana would want on the roster, especially given that he’s from Mexico and that market is always in search for new stars to push. Rodriguez would fit that bill and put on some exciting fights for UFC fans.