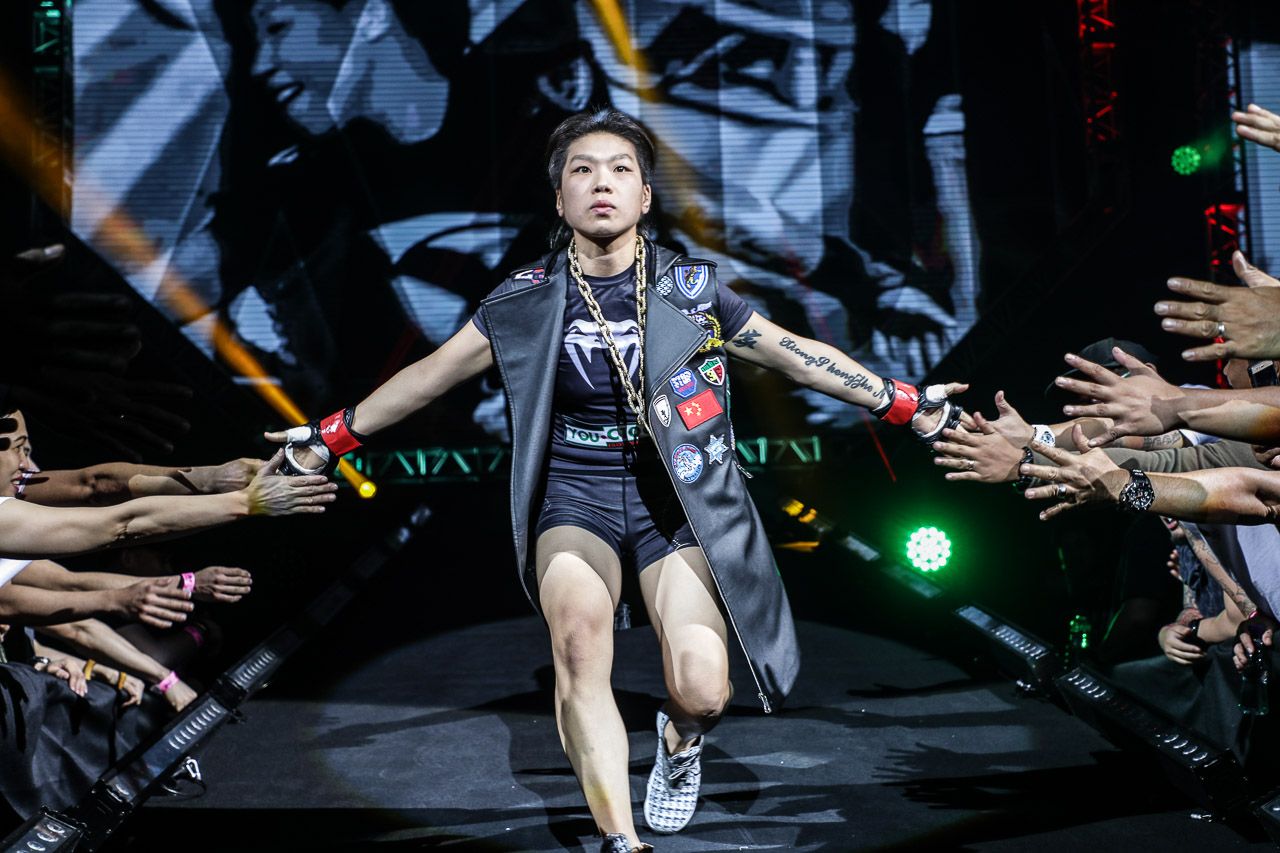 With 2021 in the past, ONE Championship looks to start the new year right with a hard-hitting fight card. ONE Championship: Heavy Hitters goes down on Friday, Jan. 14, 2021, live from the Singapore Indoor Stadium. The fight card features a variety of martial arts, including five MMA fights, two Muay Thai match-ups, and one kickboxing bout.

In the headliner, Jing Nan Xiong looks to defend her ONE strawweight title against Ayaka Miura. Being the first-ever Chinese ONE world champion, Xiong has the chance to extend her legacy with a big win against Miura. Although Xiong comes in as a heavy favorite, do not underestimate what can happen if the fight goes to the ground.

The co-main event was slated to feature the long-awaited light heavyweight kickboxing championship clash between Roman Kryklia and Murat Aygun. Both fighters hit hard and have the potential to end the fight at any moment. However, the bout was scrapped on short notice due to COVID-19 protocols, and the can’t-miss Muay Thai match-up between Saemapetch Fairtex vs. Tawanchai PK.Saenchai got bumped up. The main card also features teen sensation Supergirl Jaroonsak Muaythai taking on Ekaterina Vandaryeva. Overall, ONE Championship: Heavy Hitters is the perfect way to start the new year.

The lead card of ONE Championship: Heavy Hitters will air live on YouTube starting at 6:30 a.m. ET, followed by the main card at 7:30 a.m. ET. Combat Press writer Jake Foley provides some insight with his preview and predictions.

Xiong Jing Nan has never lost at strawweight; does she continue that streak and retain her title by defeating Ayaka Miura?

Since joining ONE Championship, Xiong has been dominating everyone at strawweight. Xiong’s newest challenger will be the grappling-heavy Miura, who has won four of her five ONE Championship fights by submission. Will Xiong continue her title reign? Or will a new champion be crowned?

This match-up should come down to Miura’s ability to stay calm, counter, and get the fight to the ground. Throughout Xiong’s title run, her aggression and power have overwhelmed her opponents. Miura will surely need to weather the early storm and stick to her game plan. Miura has been a wizard on the ground and holds an advantage over Xiong if it gets there.

If the fight stays standing, Xiong should overwhelm Miura with a dominating decision or finish. If they go to the ground, we could see Miura take over. When grappling in unfavorable positions, Xiong tends to try and muscle her way out. Doing that could be a fatal mistake against Miura, who takes it slow and waits for her opponent to make a mistake. Overall, Xiong should be able to keep the fight standing and win.

Roman Kryklia is the only light heavyweight kickboxing champion ONE has ever known; would that have changed when he was scheduled to meet Murat Aygun?

Kryklia vs. Aygun would feature two of the hardest hitters in the ONE Championship kickboxing division. Although Kryklia is the only light heavyweight kickboxing champion in ONE history, being unbeatable is not an option in combat sports. Aygun would’ve had the opportunity to stay undefeated in ONE and become the second champion ever with a win on Friday.

Figuring out Kryklia’s strengths is not hard if you have seen a picture of him. Standing at six-foot-seven, Kryklia uses his reach to control the distance and break down his opponent with a high volume of combos. Kryklia is also agile for his size and avoids the danger of those running in throwing bombs. Meanwhile, Aygun would need to land a big shot to come out victorious.

Unfortunately, due to a late-breaking development, Aygun had to withdraw from the bout on Wednesday due to COVID-19 protocols, and the bout has once again been postponed.

The main card also features a bantamweight Muay Thai contest with Saemapetch Fairtex looking to rebound from a doctor’s stoppage TKO loss in his last bout; how does he fair against Tawanchai PK.Saenchai?

Most people would not have imagined 2022 starting with Tawanchai and Saemapetch coming off a loss, but here we are. After signing with ONE Championship in 2021, Tawanchai beat Sean Clancy in his debut. Unfortunately, Tawanchai lost his second fight against Sitthichai by split decision in a “Fight of the Year” candidate. At 22 years old, Tawanchai looks to get back on track to becoming a champion in ONE.

On the contrary, Saemapetch had a similar 2021. He won his first fight of the year and then lost brutally by doctor stoppage. Saemapetch now has the opportunity to beat Tawanchai and start 2022 off with a bang. Saemapetch has the tools to win against Tawanchai, but the task is easier said than done.

Tawanchai vs. Saemapetch will most likely come down to a decision. Both fighters have reliable chins and tend to make few mistakes. Therefore, Tawanchai should have the advantage due to the volume he throws and his ability to keep moving to avoid damage. This fight will be one of the best Muay Thai fights of the year, and Tawanchai should end up with his hand raised.

The sleeper matchup is a strawweight Muay Thai bout between the 18-year-old Supergirl and Ekaterina Vandaryeva. Supergirl may be the next superstar to come out of ONE Championship. Supergirl made a statement in her ONE debut, winning by KO in only one minute. On the contrary, Vandaryeva has had an up-and-down career. Due to losing her last two fights, Vandaryeva needs a win on Friday night. Will Vandaryeva pull off the upset against the young superstar?

Both fighters tend to start quick and come out firing. If both can prevent an early stoppage, we could find ourselves with a slugfest. Meanwhile, if a first-round finish does come, it will be exciting. Supergirl’s ONE career has just begun, and a win against Vandaryeva would be a perfect way to start 2022. On the other side, Vandaryeva could turn her entire career around with a win. Each fighter has their motives, and the matchup should produce an intriguing fight.